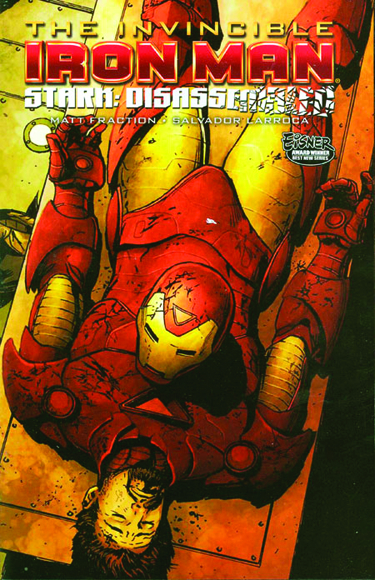 OCT100699
(W) Matt Fraction (A) Salvador Larroca (CA) Patrick Zircher
Written by MATT FRACTION
Penciled by SALVADOR LARROCA
Cover by PATRICK ZIRCHER
Running out of time - and running out of mind! He's outrun
Norman Osborn, embarrassed him on worldwide television, and kept the database filled to the brim with superhuman secret identities safe and secure. But in doing so, Tony Stark has lost just about everything: His armor. His power. Even his very mind.  Now, at his absolute lowest point, with his whole life disassembled and the Siege of Asgard raging outside his door, it will take Tony Stark's last reservoir of will and a band of brothers standing by him including Thor, Captain America, War Machine and Black Widow to keep from losing it all. Collecting INVINCIBLE IRON MAN #20-24.
136 PGS./Rated A