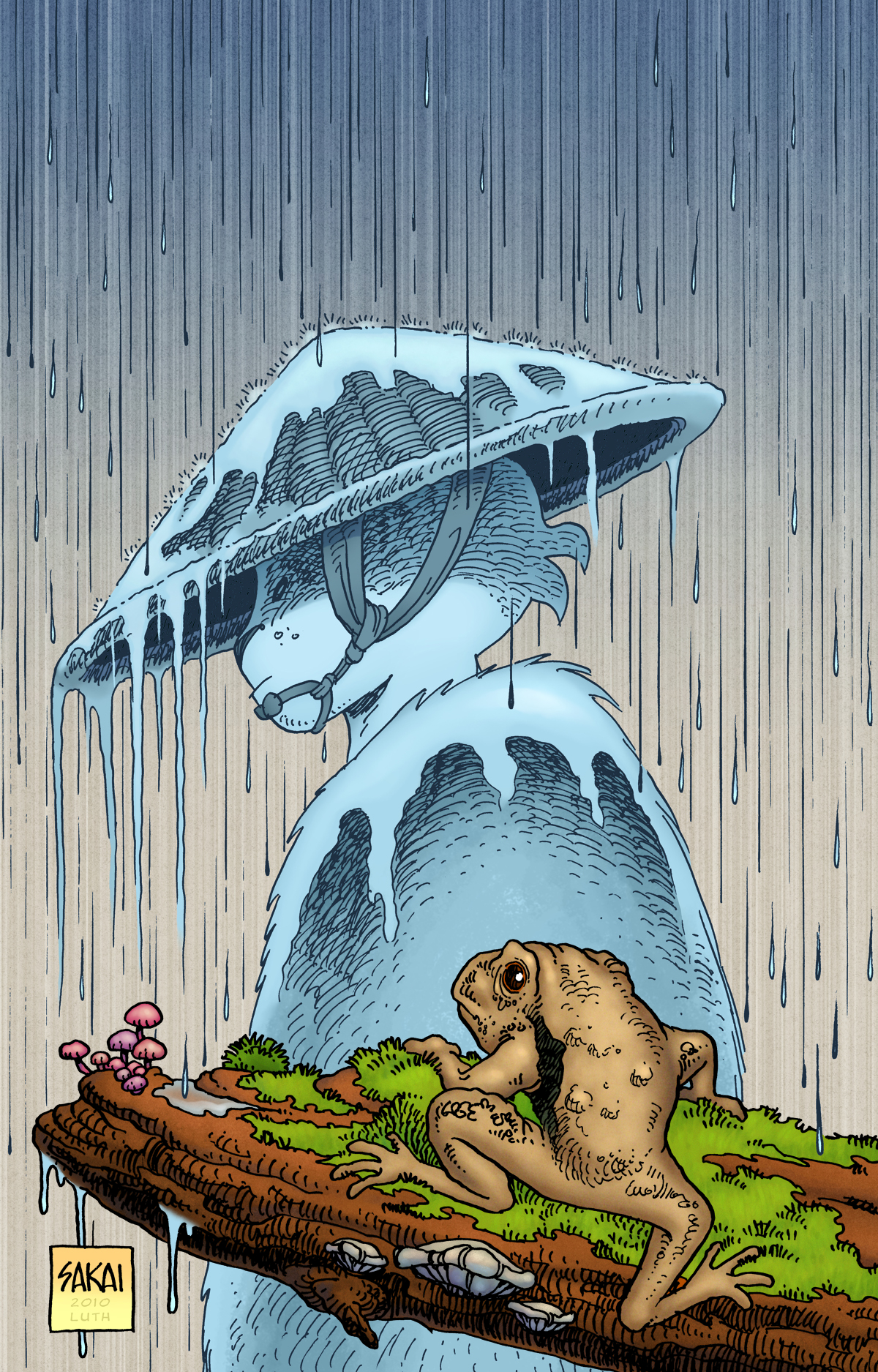 The rabbit ronin Usagi gets caught in the middle of the latest scam from the master thief Kitsune in a tale of double-and triple-crosses!

Kitsune's got a good con going: she's been making a mint selling oil and falsely claiming it comes from the toads of Mt. Tsukuba, which are said to have extraordinary healing powers. But too much of a good con can be a bad thing, and before long Kitsune's partners want a bigger cut of the profits, or else! When Usagi tries to intervene, he's plunged into a web of lies even his best intentions won't be able to unravel!

o The done-in-one standalone story is a great jumping on issue for new readers!

"It's no wonder Usagi Yojimbo has a fan base that stretches from children to adults. It is highly recommended for anyone who likes comics, fun and craziness."
-Broken Frontier