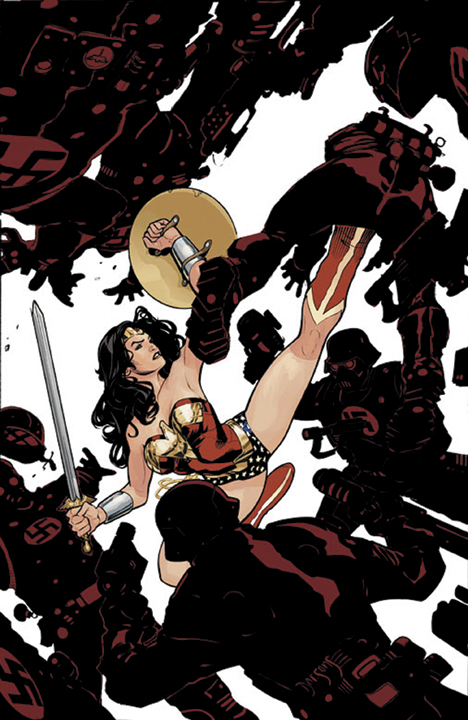 OCT070188
(W) Gail Simone (A/CA) Terry Dodson
Written by Gail Simone
Art by cover by Terry Dodson & Rachel Dodson
The stunning "Circle" story arc ratchets to a new level of intensity as Wonder Woman's acclaimed new creative team deliver never-before-revealed secrets of Diana's origin! Who tried to assassinate her on the night of her creation? Special Agent Diana Prince may not live to find out, as she faces a brutal Captain Nazi alone, unable to use her powers. And the re-forming army of the Society of Super Villains hunts her mother on Paradise Island! You've never seen a Wonder Woman like this!