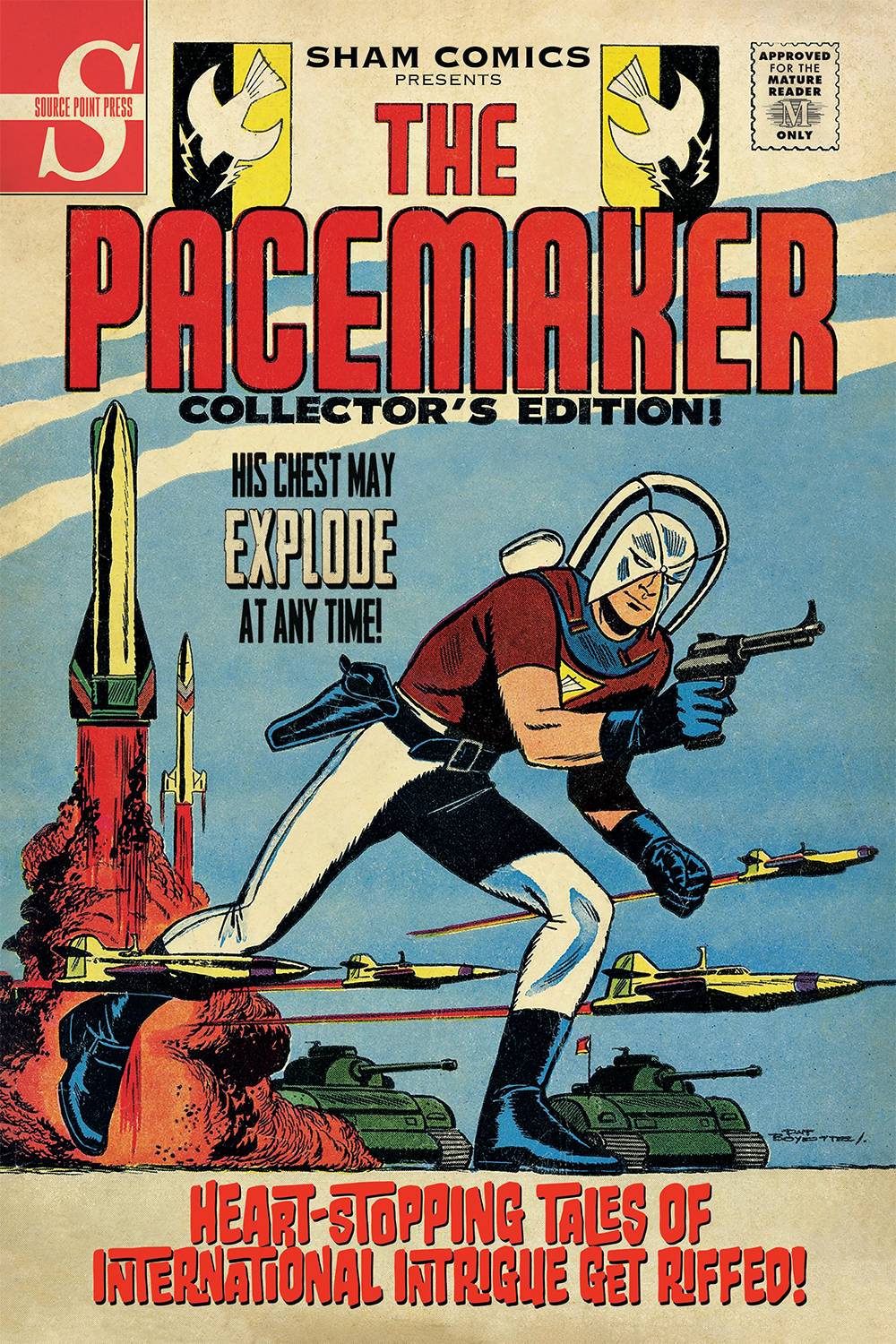 #
NOV221841
(W) Tim Fuller (A) Pat Boyette
Heart-stopping tales of international intrigue get riffed.
Join the adventures of broken-down, has-been CIA spook Chuck Upton as he gets a second chance. Left for dead during a failed black ops mission, his body was completely reconstructed using alien technology. By day he poses as a mild mannered NATO envoy, traveling the world ironing out tricky diplomatic conflicts. But when diplomacy fails, he dons his preposterous costume and outlandish titanium helmet and solves those conflicts with extreme violence as The Pacemaker. The stress usually triggers a heart attack mid-fight, as his alien technology usually fails him, but he blows up lots of things in the process.
In Shops: Jan 25, 2023
SRP: $4.00
ORDER WISH LIST