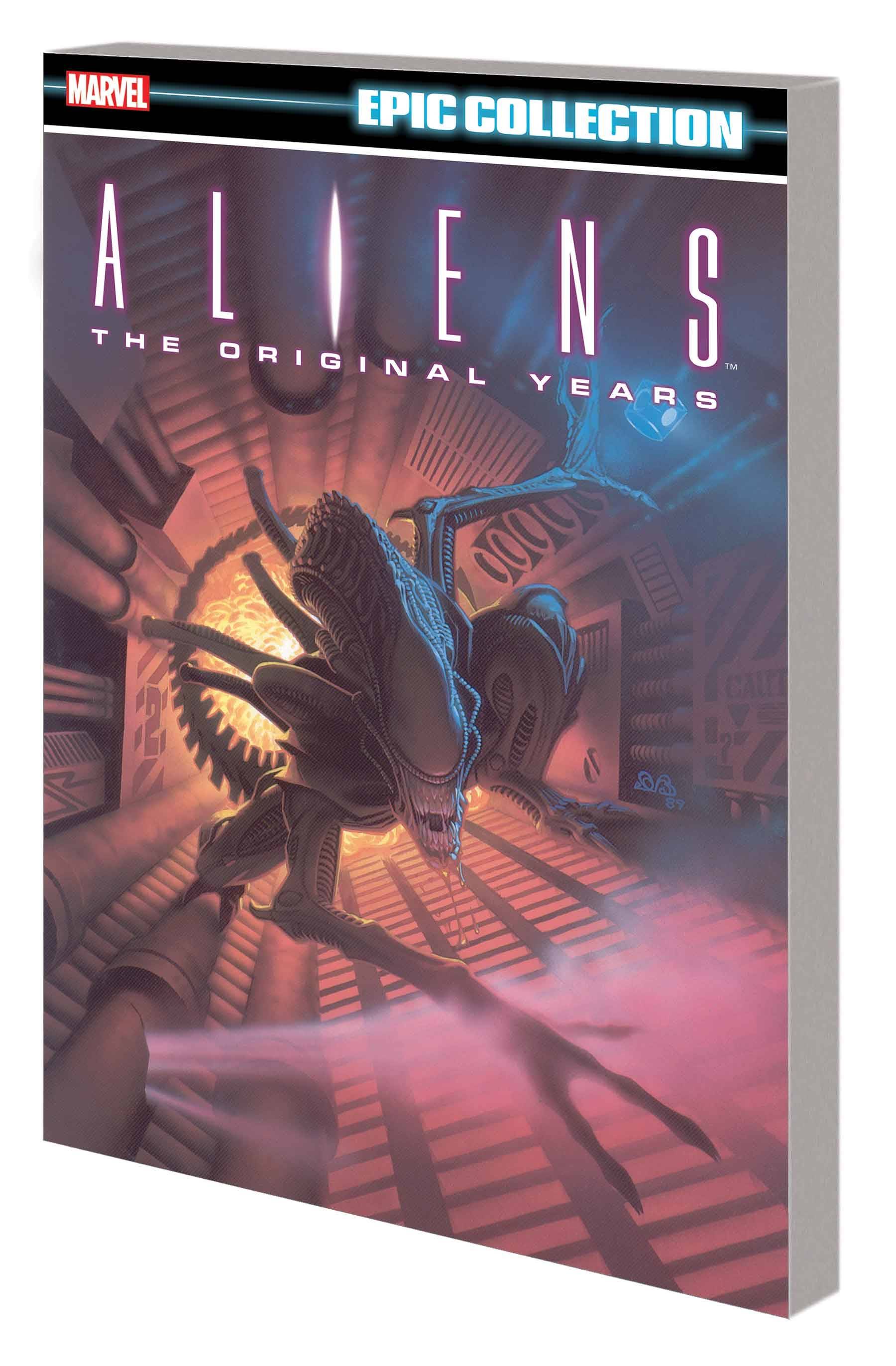 #
NOV220877
(W) Mark Verheiden, Various (A) Mark A. Nelson, Various (CA) Denis Beauvais
The galaxy's most terrifying creatures are coming for Earth! Years after the first two Aliens films, a Xenomorph attack in space leads the Colonial Marines to take action. Soon, the badly scarred Hicks and the now-grown Newt find themselves swept up in a dangerous mission to locate and destroy the creatures' homeworld! But when Earth itself is overrun by a Xenomorph outbreak, Hicks and Newt must join a renegade group fighting to reclaim the planet. Can an obsessed military man train Aliens to wipe out their own kind? And can an old friend help Hicks and Newt turn the tide - by capturing an Alien Queen Mother? Plus: An outer-space treasure hunt becomes a battle for survival when Aliens attack! Collecting ALIENS (1988) #1-6, ALIENS (1989) #1-4, ALIENS: EARTH WAR #1-4 and material from DARK HORSE PRESENTS (1986) #24 and #42-43.
In Shops: Mar 15, 2023
SRP: $39.99
View All Items In This Series
ORDER SUBSCRIBE WISH LIST