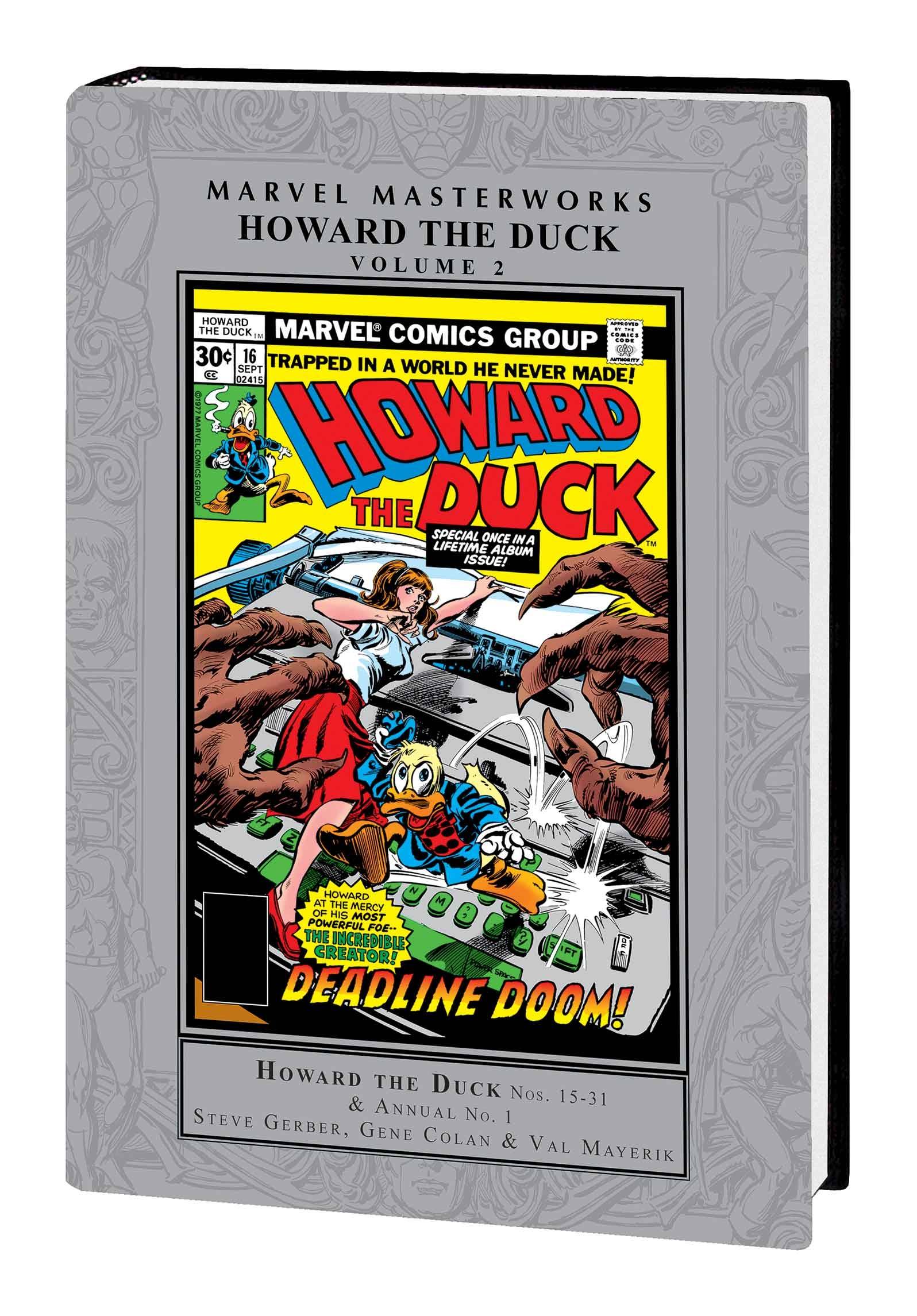 #
NOV220863
(W) Steve Gerber, Various (A) Various (A/CA) Gene Colan
You wanted more Howard the Duck? Well, you're getting more Howard the Duck! The Marvel Masterworks finishes off Steve Gerber's satirical masterpiece with classic quacktastic adventures starring the malcontent waterfowl and his gal pal, Beverly! When Howard finds himself lost on the island of his greatest enemy, Doctor Bong, Bev faces an ultimatum: Become Mrs. Bong or the duck gets fricasseed! But things soon get worse for our feathered friend when he undergoes a monstrous transformation. The world isn't ready for Howard the Human! So it's time to go off-planet in a space-opera adventure that could only be called "Star Waaugh!" Joining Gerber for his history-making run is artist Gene Colan, rendering the hilarity on every page! May the farce be with you! Collecting HOWARD THE DUCK (1976) #15-31 and ANNUAL #1.
In Shops: May 17, 2023
SRP: $75.00
View All Items In This Series
ORDER SUBSCRIBE WISH LIST