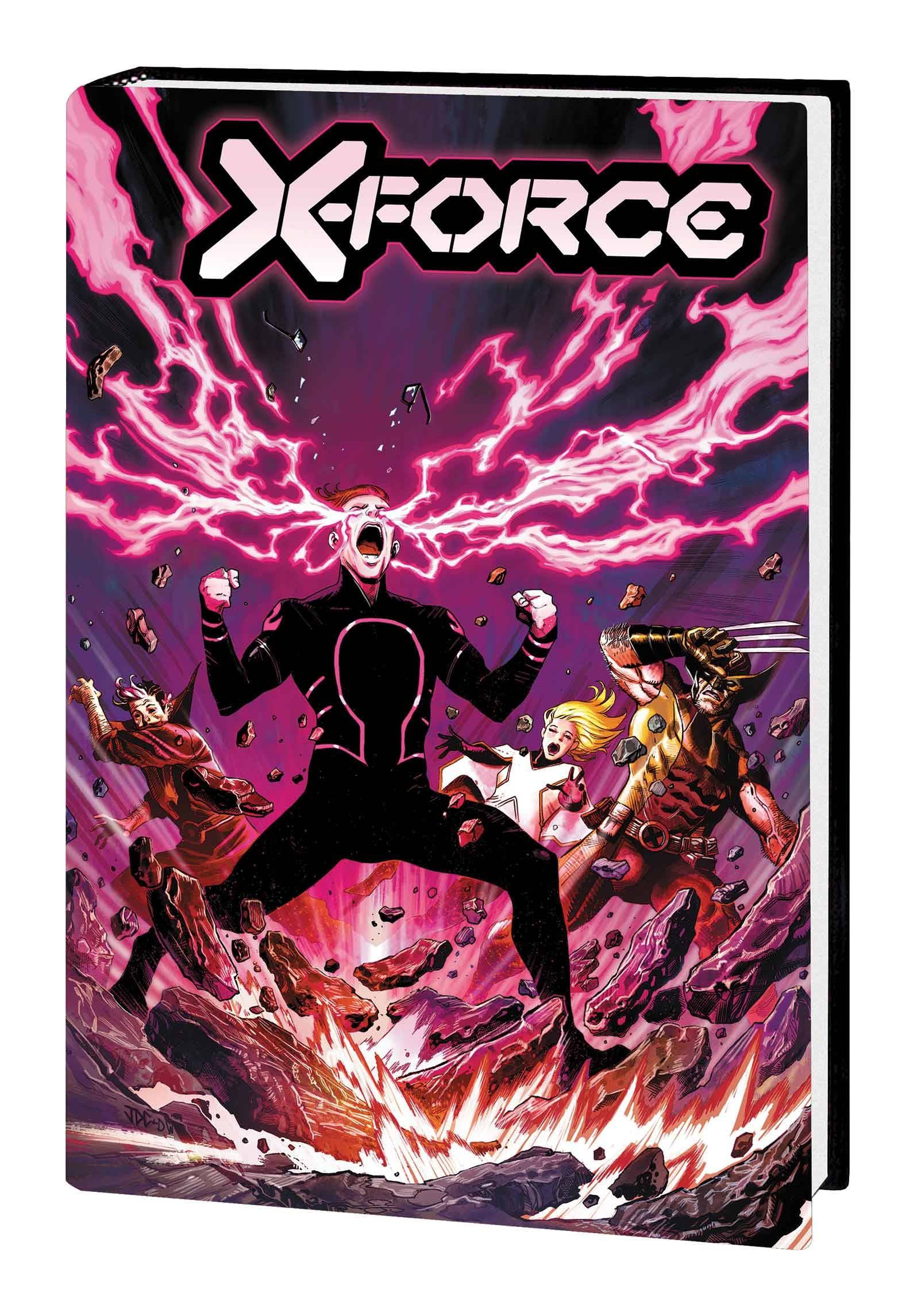 #
NOV220855
(W) Ben Percy (A) Various (A/CA) Joshua Cassara
Omega Red may be harboring a deadly secret, but nothing compares to the trust broken by the unexpected interrogation of one of X-Force's own! Meanwhile, Forge, Wolverine and Quentin Quire brave the terrors of the deep - and a deadly discovery reveals a dark side of Krakoa! Shaken by his recent resurrection, Quire ponders his new lease on life - but when a creature of nightmares wreaks havoc on X-Force, can he fight it on its home turf? Plus: The squad handles unwanted party crashers at the Hellfire Gala, Wolverine surfs some gnarly waves and X-Force must get to the root of the problem when Krakoa suffers an attack from a very invasive plant! Meanwhile, Beast's best-laid plans invite a threat close to the heart as the secret works of Mikhail Rasputin are at last revealed! Collecting X-FORCE (2019) #15-26 and WOLVERINE (2020) #13.
In Shops: May 31, 2023
SRP: $44.99
View All Items In This Series
ORDER SUBSCRIBE WISH LIST