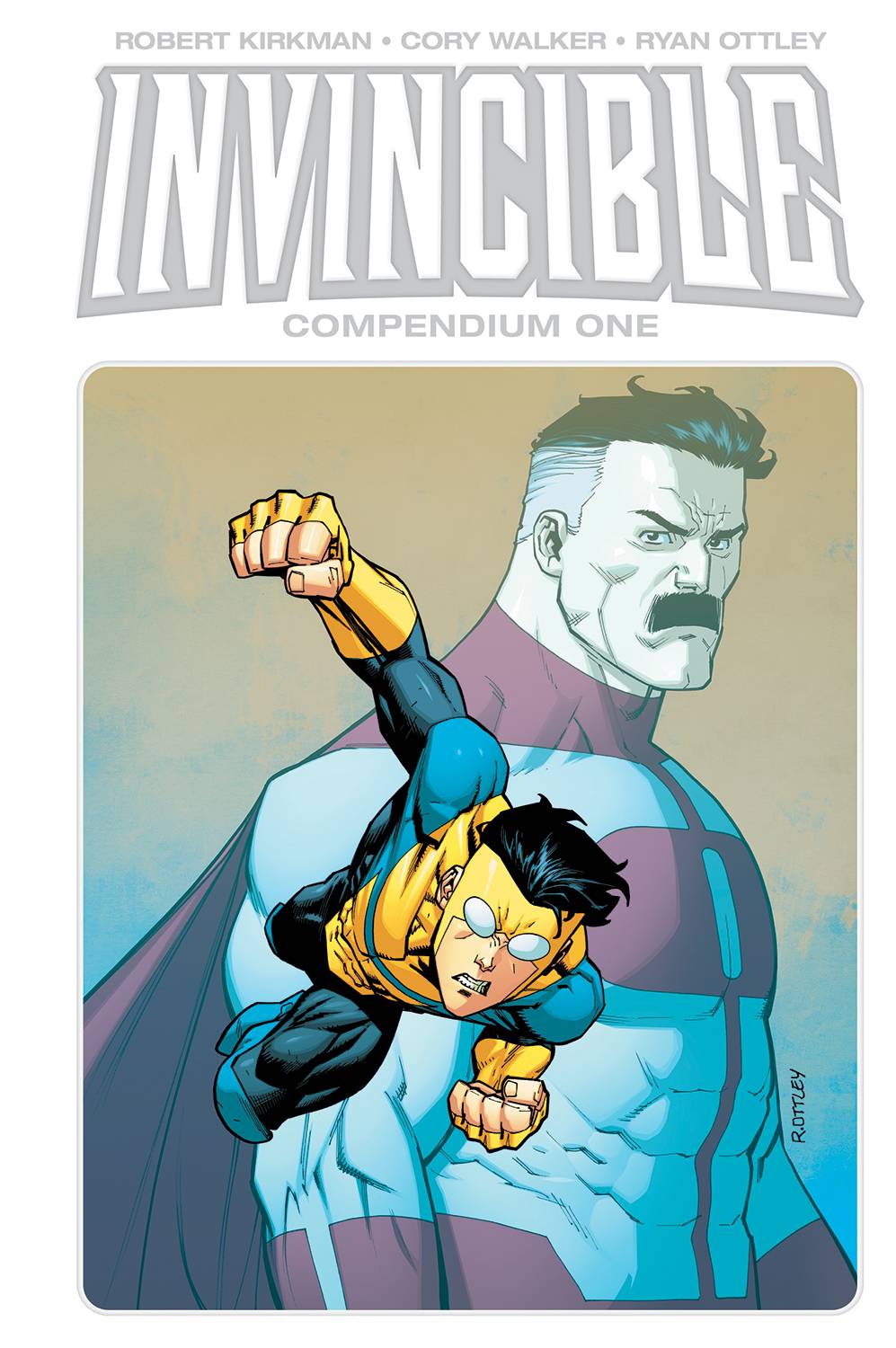 #
NOV220122
(W) Robert Kirkman (A) Cory Walker, Bill Crabtree (A/CA) Ryan Ottley
To celebrate INVINCIBLE's landmark 20th anniversary, the first 48 issues of the greatest superhero comic in the universe are being collected into one massive hardcover edition-exclusive to the direct market!

Mark Grayson is just like most everyone else his age-except for the fact that his father is Omni-Man, the most powerful superhero on the planet. When Mark develops powers of his own, it's a dream come true. But living up to his father's legacy is only the beginning of Mark's problems...