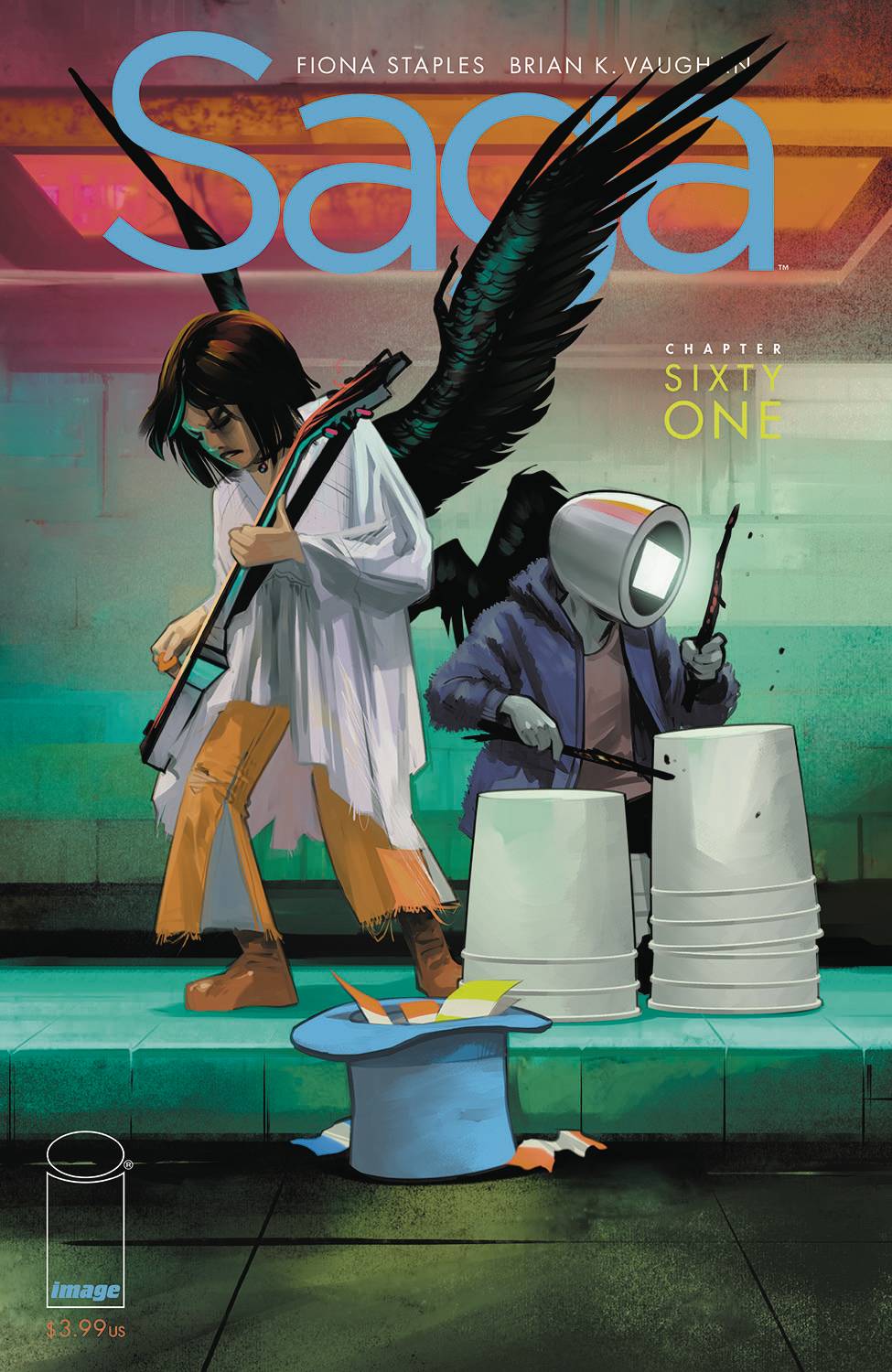 SAGA is back, and it's time for another epic season of emotional adventures and shocking surprises for Hazel and her star-crossed family!

About the SAGA series:
SAGA has sold seven million copies to date across single issue, trade paperback, compendium, hardcover, and digital editions and has been translated into 20 languages. The series also boasts multiple Eisner Awards, Harvey Awards, a Hugo Award, British Fantasy Award, Goodreads Choice Award, Shuster Award, Inkwell Award, Ringo Award, and more. It has been featured in such mainstream media outlets as TIME, Entertainment Weekly, The Atlantic, NPR, and more. The series has become a pop culture phenomenon and has been immortalized with references and easter eggs appearing in such popular TV shows as Supernatural, The Big Bang Theory, The Simpsons, and even a recent Taco Bell commercial featuring the characters dressed in cosplay.
In Shops: Jan 25, 2023
SRP: $3.99
View All Items In This Series
ORDER SUBSCRIBE WISH LIST