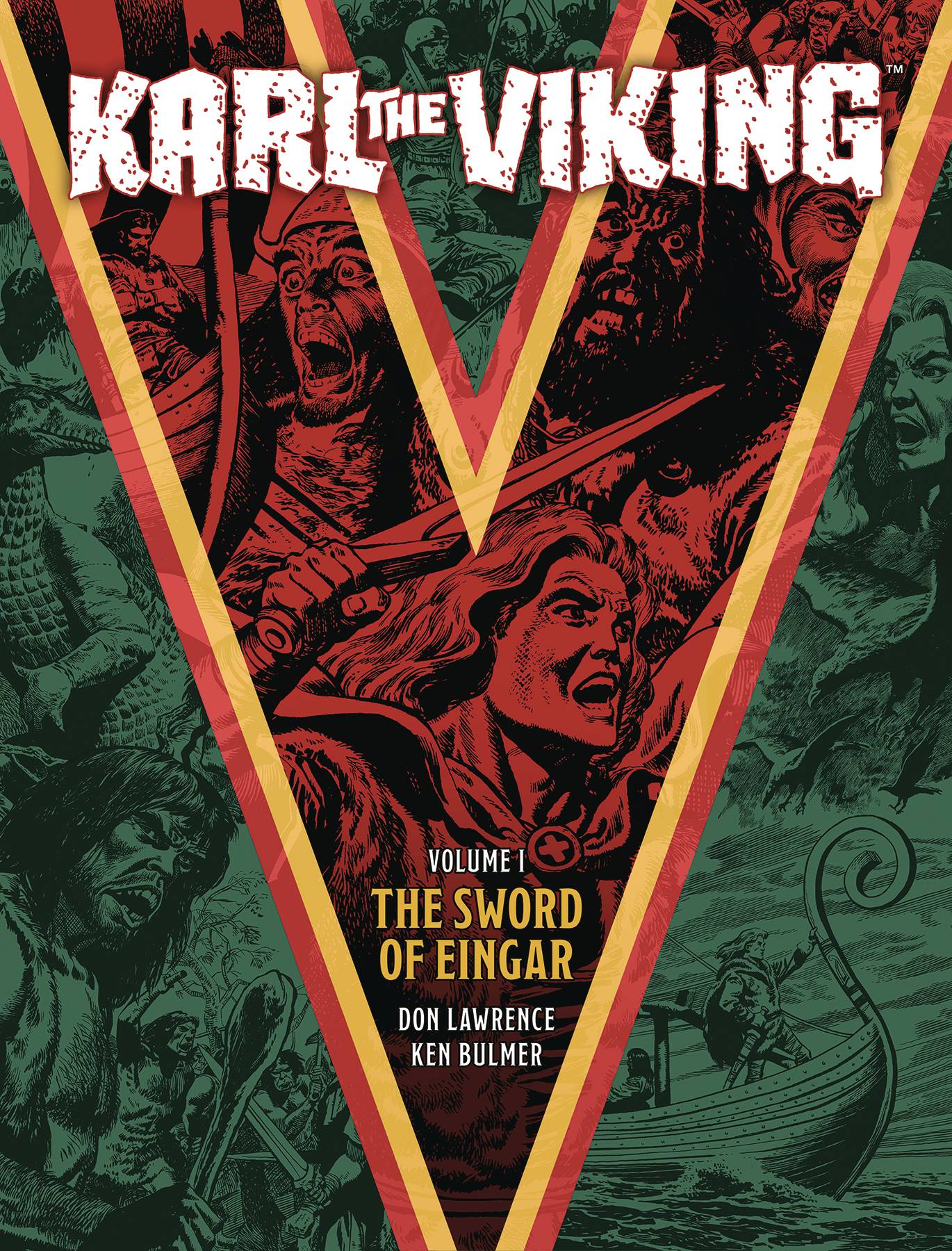 #
NOV211632
(W) Ken Bulmer (A) Don Lawrence
Karl the Viking is a sweeping historical fantasy story of an orphaned Saxon boy, adopted and raised by the viking Eingar after his raid on Britain. Upon coming of age Karl succeeds Eingar and leads his tribe into battle in Britain against wild tribes of Picts, and re-connects with his old Saxon family, gaining an ally in his cousin Godwulf, and making an enemy of the Earl of Eastumbria. These fast-paced stories were drawn by Don Lawrence shortly before he revolutionized painted comic art with The Trigan Empire.