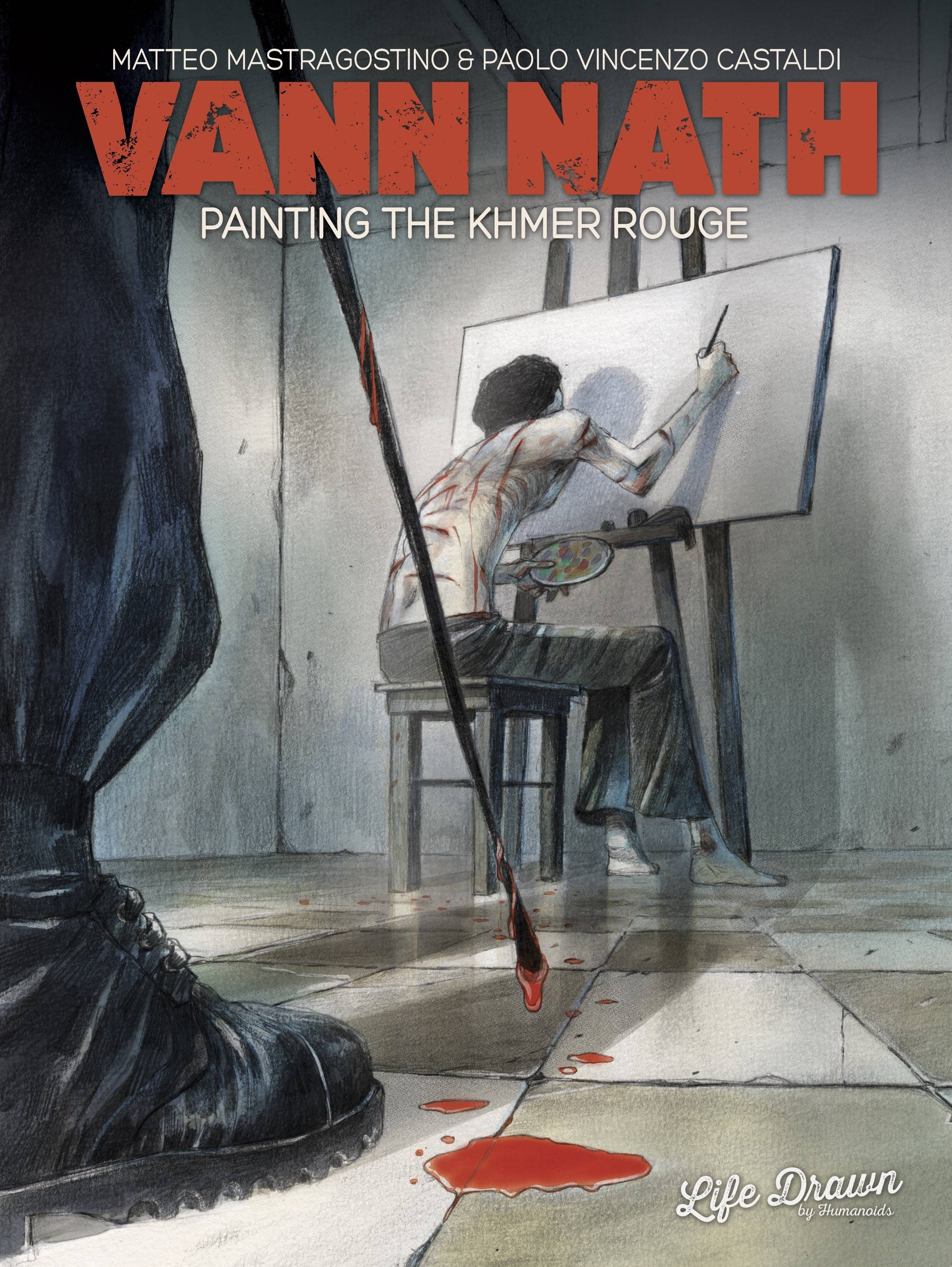 #
NOV211476
(W) Matteo Mastragostino (A) Paolo Castaldi
The horrific true story of the Cambodian painter Vann Nath, who used his art to fight against barbarism and tyranny.
In 1978, a young painter named Vann Nath was arrested by the Khmer Rouge, the violent and totalitarian Communist Party of Kampuchea that ruled Cambodia from 1975 to 1979. Imprisoned in the infamous Tuol Sleng prison, better known as S-21, painting became synonymous with survival for him. Ordered, like many Cambodian artists and craftsmen, to put his talent to use to glorify his captors, upon his release he continued painting-this time, to remember and pay tribute to the victims of Pol Pot's evil regime.
In Shops: Jan 19, 2022
SRP: $22.99
ORDER WISH LIST