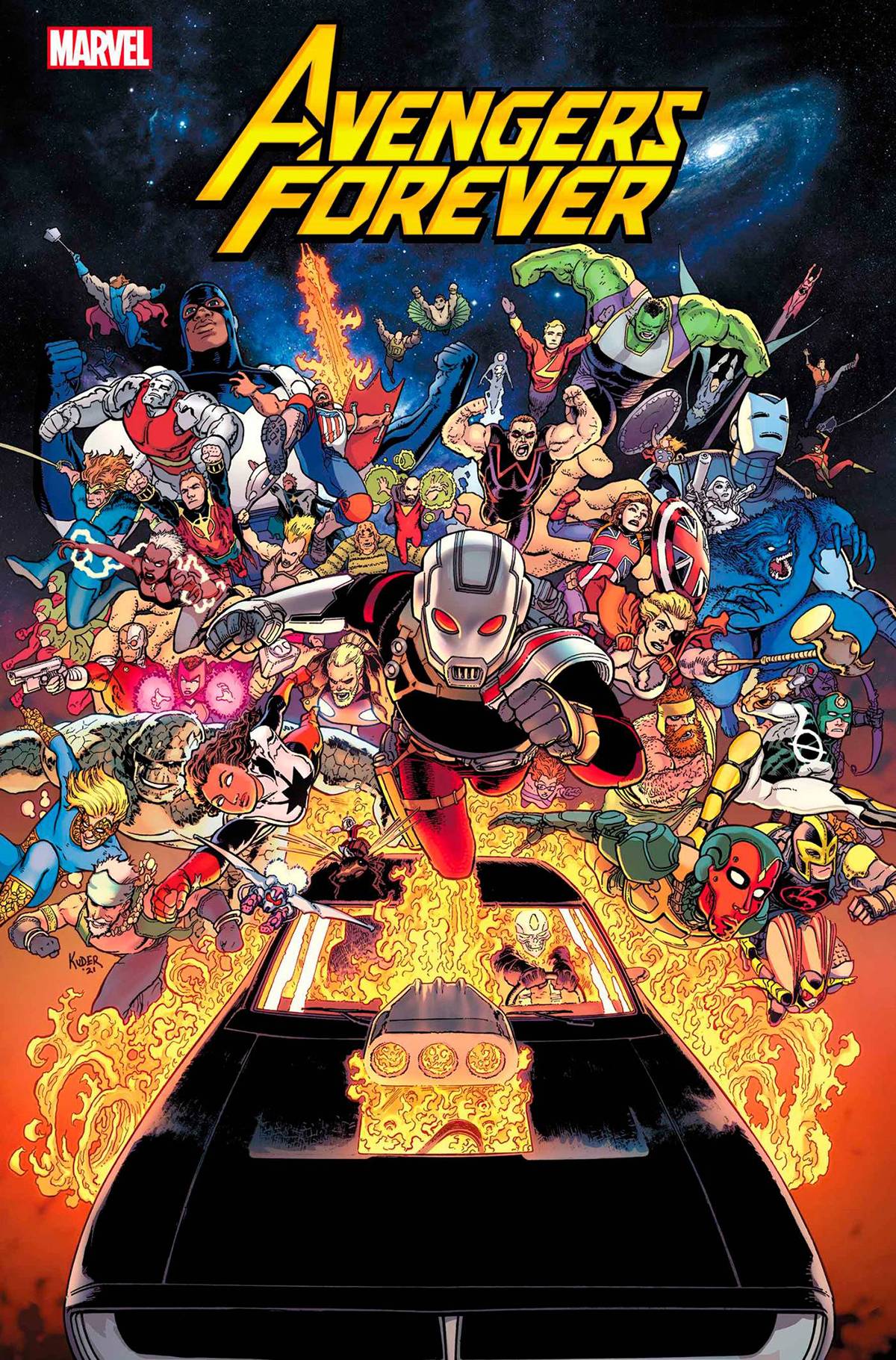 #
NOV211396
AN ALL-NEW SERIES STARRING THE AVENGERS OF THE MULTIVERSE! On a quest for cosmic vengeance, Ghost Rider finds himself roaring through the wasteland on a ruined Earth, where the great age of heroes never came to be, where hope is a four-letter word and where his only ally in the coming battle against the greatest villains any universe has ever seen is the world's most wanted archaeologist, Tony Stark...the Invincible Ant-Man. Spinning out of the cataclysmic events of AVENGERS #750 and operating in lockstep with the prime AVENGERS series, the next great Avengers saga begins here, as the Mightiest Heroes of every Earth begin to assemble. FINAL COVER MAY VARY. ALLOCATIONS MAY OCCUR. CGC GRADED 9.6 OR HIGHER!
In Shops: Jan 26, 2022
SRP: $89.99
ORDER WISH LIST