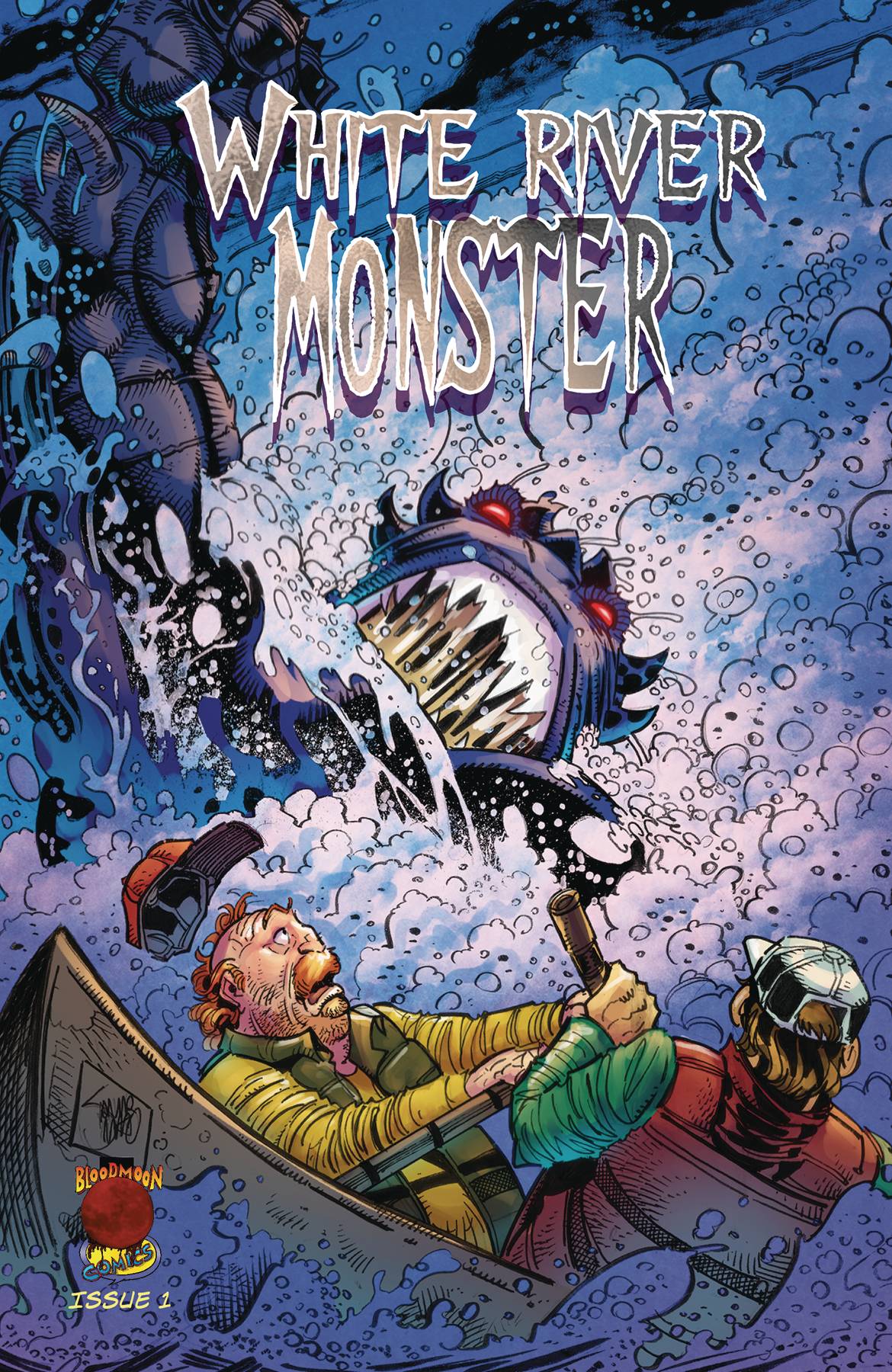 #
NOV211240
(W) Keith Rommel (A) Wolfgang Schwandt (CA) Samir Simao
The White River Monster has eluded people for over a century. Manhunts were brought to a fever pitch in Newport, Arkansas, where people descended on the small town, determined to prove the existence of the river monster.

But, it went unfounded.

For years, sightings were reported up and down the White River, but no physical evidence ever came forth. Soon the monster faded into obscurity and was dismissed as a legend never to be solved ... that is until now!
In Shops: Jan 19, 2022
SRP: $3.99
View All Items In This Series
ORDER SUBSCRIBE WISH LIST