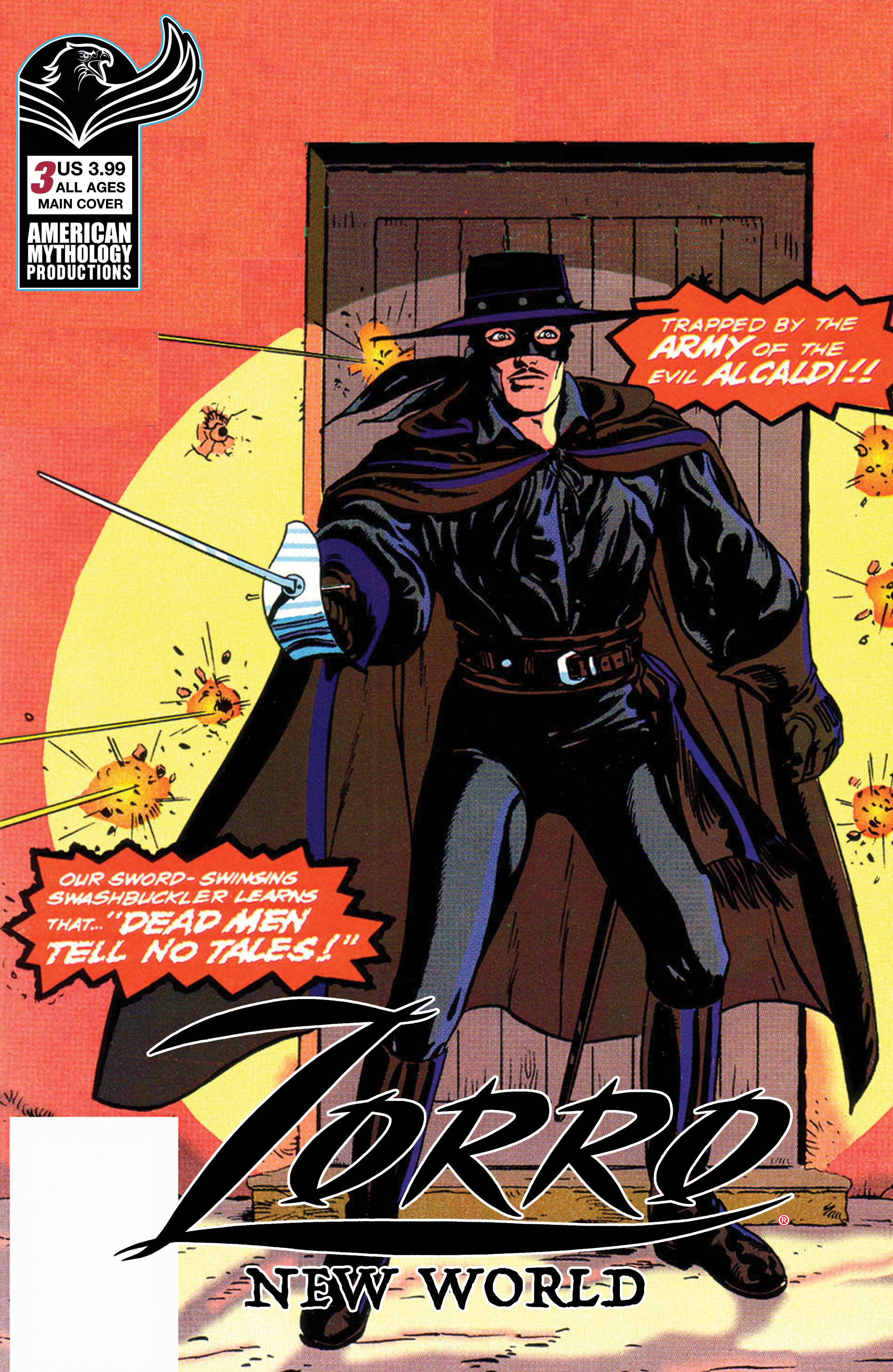 #
NOV211122
(W) Philip John Taylor, Ian Rimmer (A) Mario Capaldi (CA) A Ranaldi
Zorro is trapped by the army of the evil Alcaldi in "Dead Men Tell No Tales!"  Over three decades ago Marvel Comics created a Zorro comic book based on the popular Family Channel television series featuring Duncan Regehr as the swashbuckling hero. These tales have been out of print since that time and we are proud to deliver an incredible series of western action and adventure to today's audience!  Zorro must face a strange and devious magician who has his eyes set on more than just gold coins. This classic tale will transport you into the swashbuckling world of Zorro!
In Shops: Mar 30, 2022
SRP: $3.99
View All Items In This Series
ORDER SUBSCRIBE WISH LIST