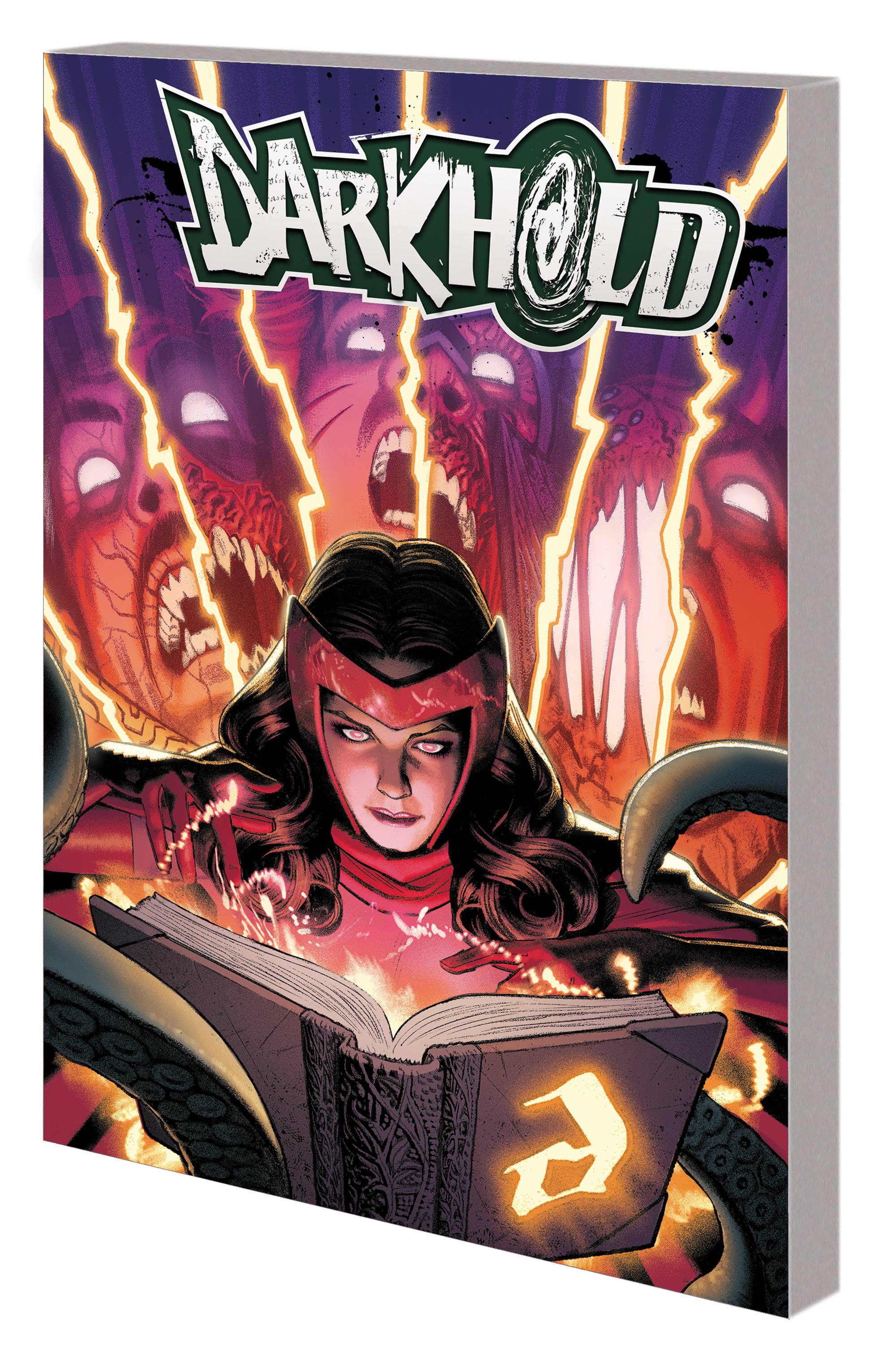 #
NOV211010
(W) Steve Orlando, More (A) Cian Tormey, More (CA) Greg Smallwood
Enter the pages of the Darkhold! For hundreds of years, scholars, heroes and villains alike have searched for the complete text of this terrible tome: the Book of the Damned, penned by the elder god Chthon. Now, at long last, one of the greatest sorcerers in the Multiverse has found the Darkhold - and Chthon has found him. To save all of existence, the Scarlet Witch must gather the world's greatest heroes...and unleash their inner darkness. Because the only way to stand up to the forces unleashed by the Darkhold is to go insane! Witness the Marvel Universe's descent into madness! Collecting THE DARKHOLD: ALPHA, BLADE, WASP, IRON MAN, BLACK BOLT, SPIDER-MAN and OMEGA.