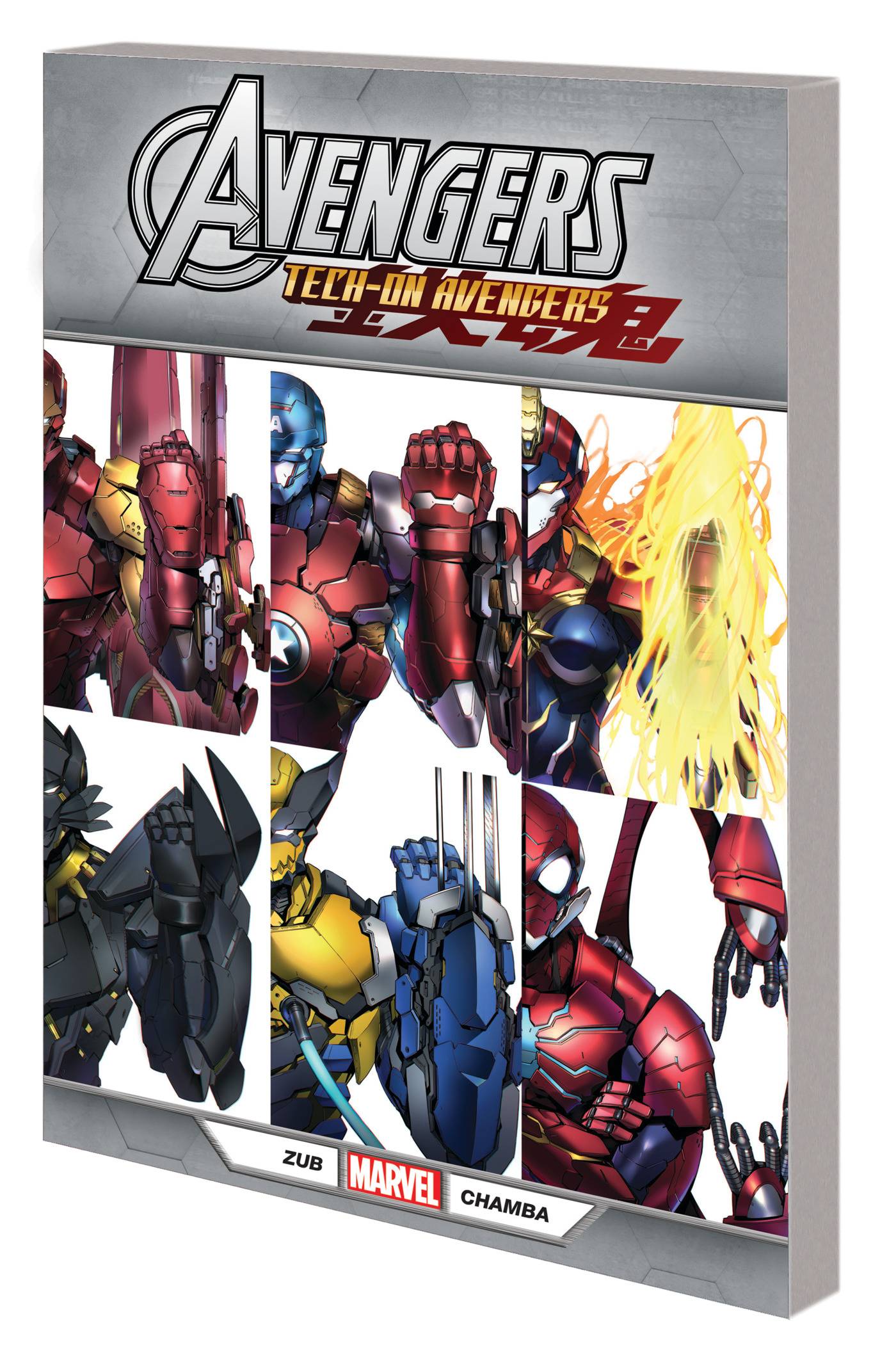 #
NOV210999
(W) Jim Zub (A) Chamba (CA) Eiichi Shimizu, Tomohiro Shimoguchi
Here come the Iron Avengers! When the Red Skull unleashes a strange new force that strips heroes of their powers and threatens the entire world, the Avengers must turn to Tony Stark's experimental new technology to save us all. Sleek, high-tech power suits bristling with energy and amped-up attack capabilities face off against super villains enhanced to match! Venom is super-sized, super-charged and out of control, Loki is imbued with Infinity Shard energy, an army of Ultrons descends on Japan and a Kaiju-scale Scream symbiote goes on the rampage! It's mechs and mayhem in the mighty Marvel manner!