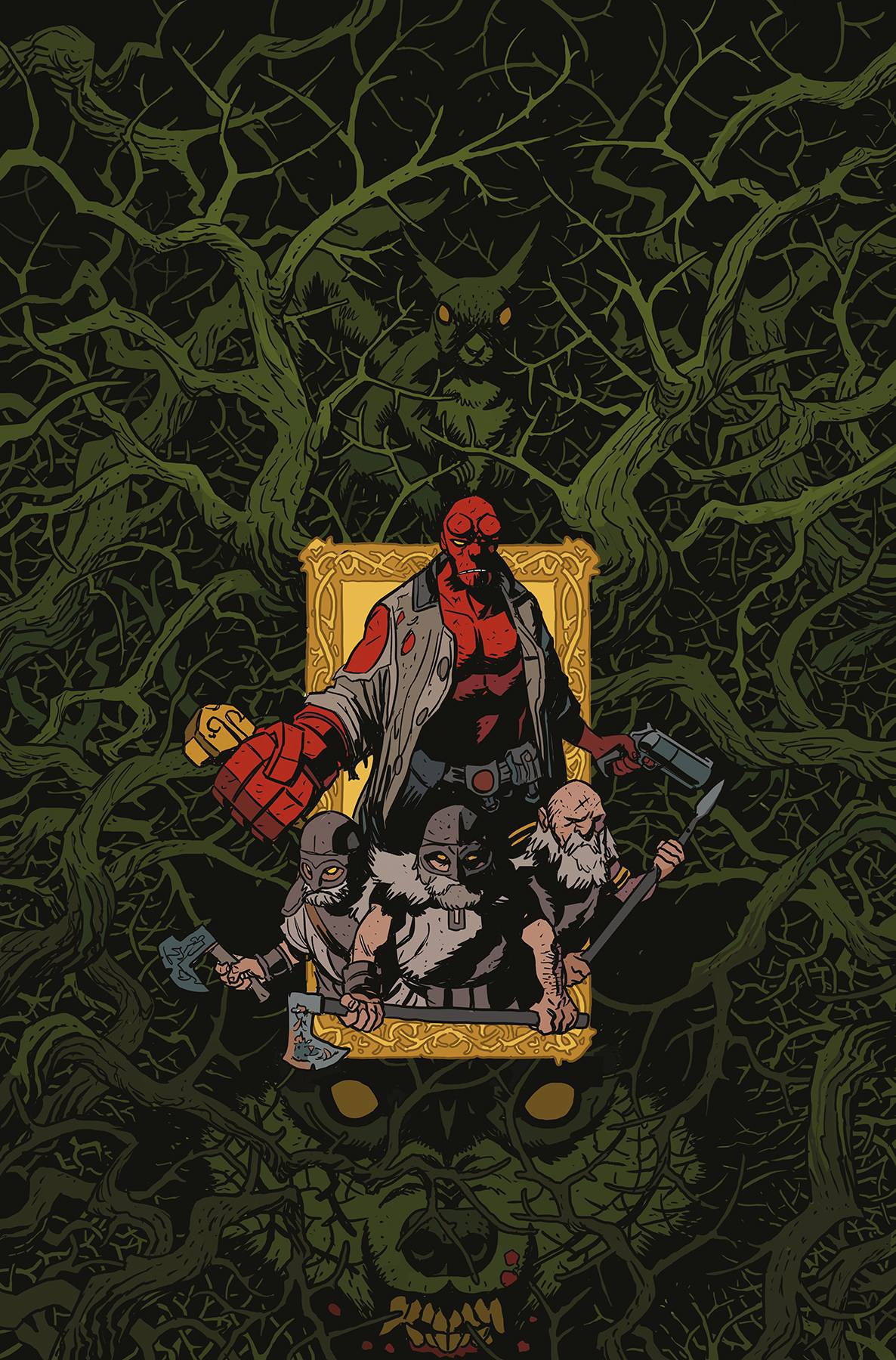 #
NOV210286
(W) Mike Mignola, Christopher Golden (A/CA) Matt Smith
Hellboy, still inhabited by the ghost of the Norse god Thor, has his first confrontation with the newly resurrected Frost King Thrym! But not having recovered his full strength yet, Thrym slips away and leaves Hellboy to follow a grisly path toward their next encounter.

Based on the novel by Mike Mignola and Christopher Golden, this comics adaptation brings readers into Hellboy's fight against the Frost Giants with stunning art by Matt Smith and colors by Chris O'Halloran.
In Shops: Dec 29, 2021
SRP: $3.99
View All Items In This Series
ORDER SUBSCRIBE WISH LIST