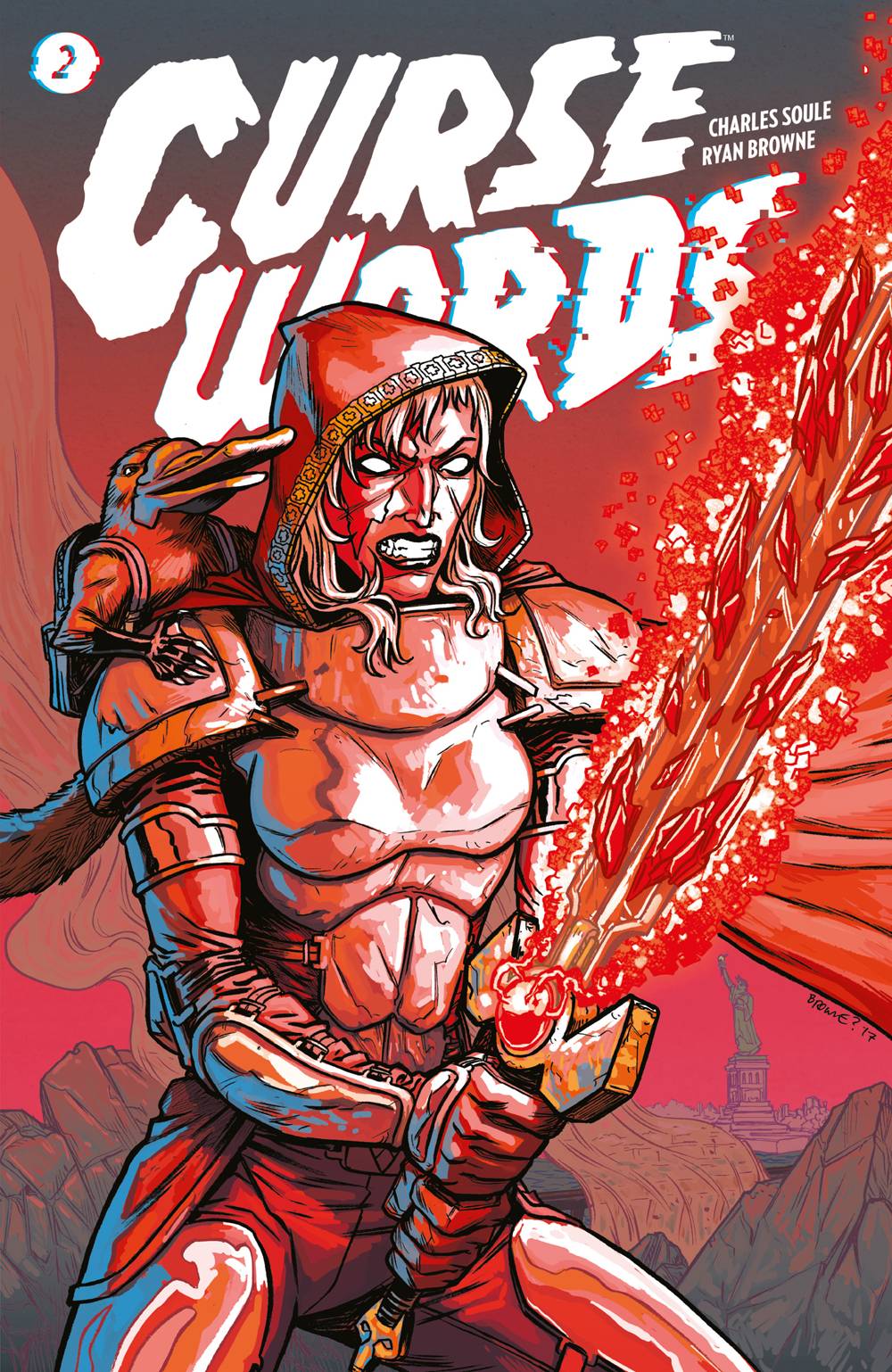 #
NOV210122
(W) Charles Soule (A/CA) Ryan Browne
The world has realized that dark wizards fighting epic battles in the skies above our cities might actually be a bad thing, and Earth's leaders have finally agreed on one thing: they want Wizord and Margaret gone. Meanwhile, the evil Sizzajee is still gunning for them, and Wizord's ex, the lovely Ruby Stitch, is striking out on her own path. Forget it, Jake... it's Explosiontown.
The second chapter of the dark, funny fantasy that's captured imaginations across the land, and refuses to let them go. From CHARLES SOULE (Daredevil, Darth Vader) and RYAN BROWNE (God Hates Astronauts). Collects issues 6 through 10, plus the Curse Words Holiday Special.
In Shops: Dec 08, 2021
SRP: $16.99
View All Items In This Series
PREORDER SUBSCRIBE WISH LIST