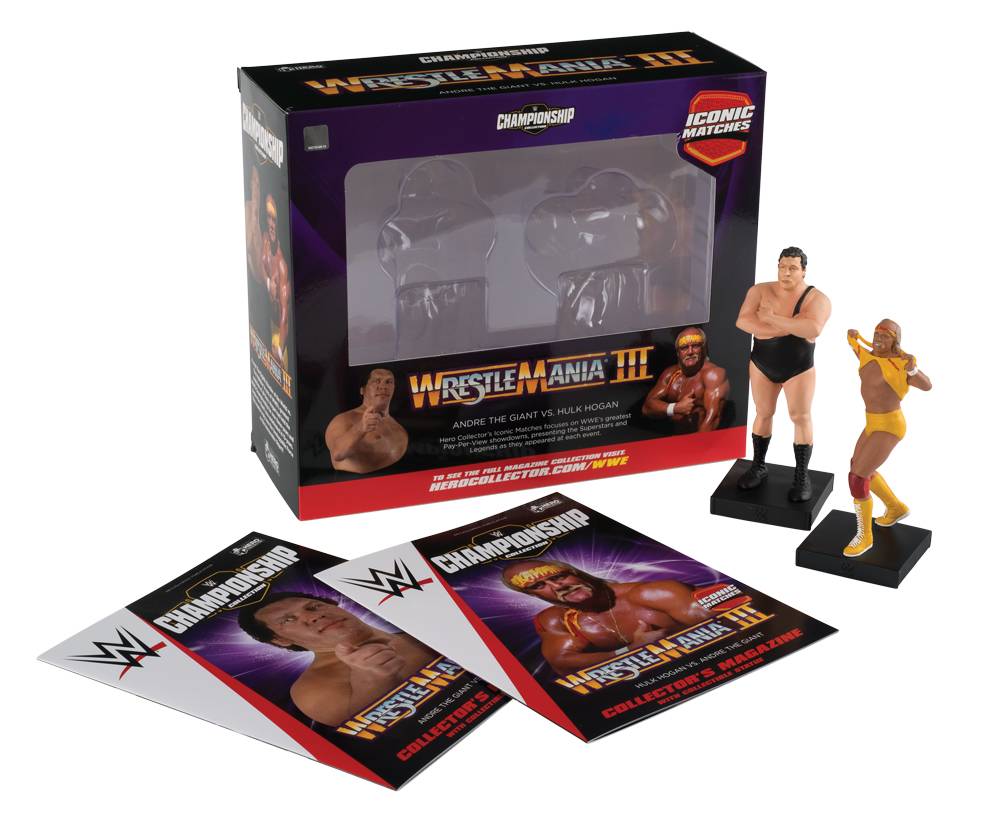 # # # # #
NOV201993
Relive the historic match from WrestleMania III! The two WWE giants throw a show that no one will ever forget in our WWE CHAMPIONSHIP COLLECTION!
WrestleMania III (1987) will forever be remembered as the night Hulk Hogan faced Andre the Giant. It was The Eighth Wonder of the World vs. The Hulkster in one of WWE's greatest matches of all time. Hogan had held the WWE Championship for over three-years and Andre the Giant was undefeated in 15-years. That night Hulk Hogan won the match by body-slamming Andre. After the Slam Heard Around the World, WrestleMania had truly become the Showcase of the Immortals.
These fantastic metal resin Andre the Giant and Hulk Hogan figurines capture the wrestlers in the attire they wore in their iconic match. Andre the Giant was sculpted from high-quality resin in his classic pose with arms folded as he looks down on his opponent. Hulk Hogan is captured without in his yellow WrestleMania attire while tearing his shirt apart.
In Shops: Jan 13, 2021
SRP: $44.95
View All Items In This Series