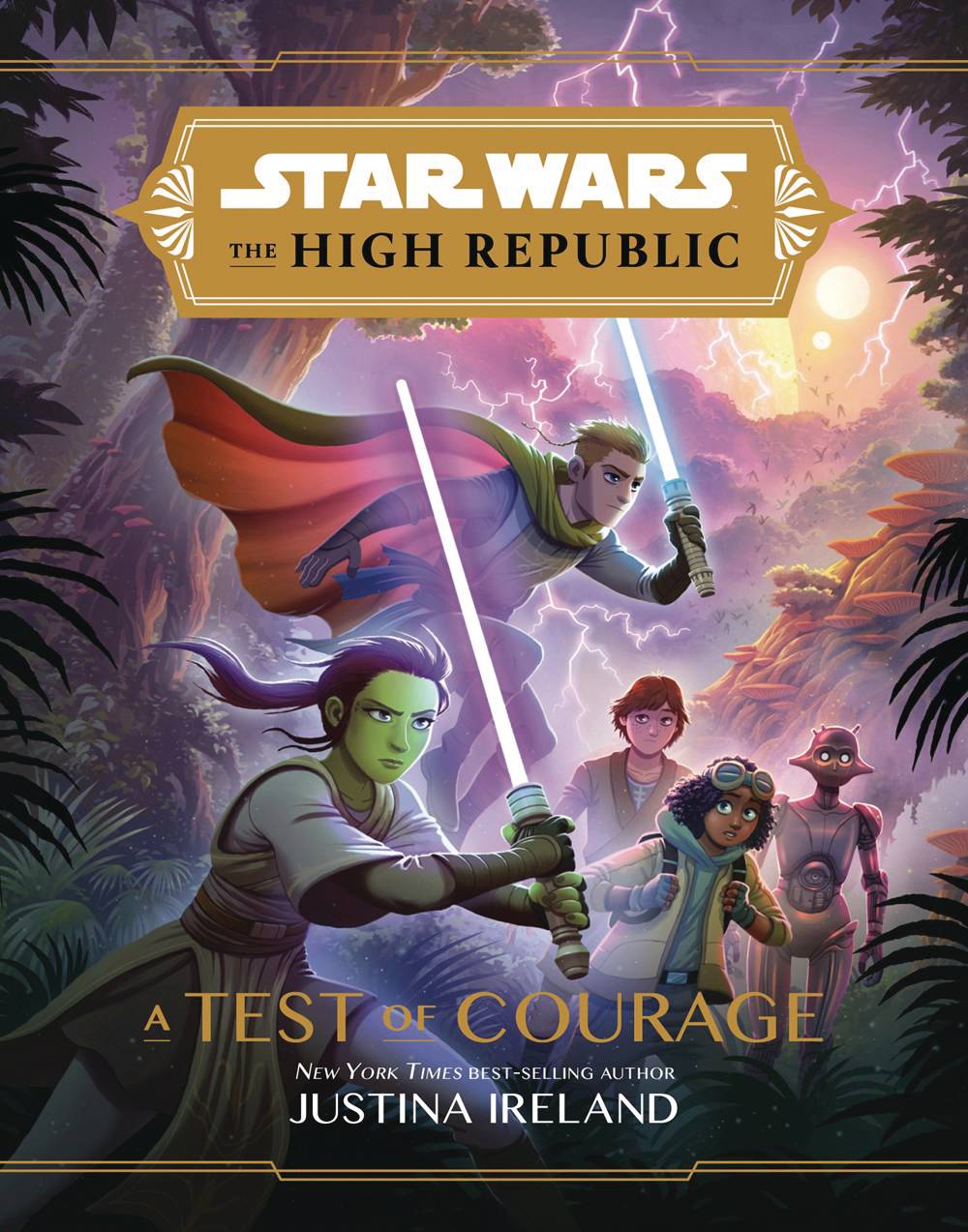 #
NOV201221
(W) Justina Ireland (A) Petur Antonsson
Long before the Clone Wars, the Empire, or the First Order, the Jedi lit the way for the galaxy in a golden age known as the High Republic! Vernestra Rwoh has just become a Jedi Knight at age fifteen, but her first real assignment feels an awful lot like babysitting. She's been charged with supervising eleven-year old aspiring inventor Avon Starros on a cruiser headed to the dedication of a wondrous new space station called Starlight Beacon. But soon bombs go off aboard the cruiser. While the adult Jedi try to save the ship, Vernestra, Avon, Avon's droid J-6, and an ambassador's son make it to an escape shuttle, but communications are out and supplies are low.
In Shops: Jan 06, 2021
SRP: $14.99
View All Items In This Series