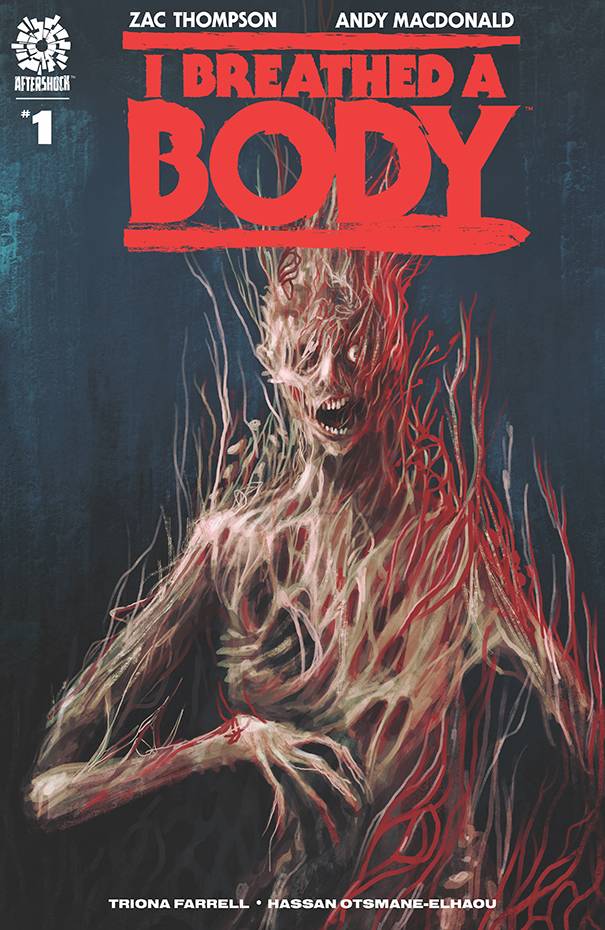 It's The Social Network meets Hellraiser. When the world's biggest influencer posts something irredeemably horrific online, the world changes in an instant. Now it's up to his social media manager, Anne Stewart, to fan the flames of outrage and create a sensationalist campaign that rewrites the rules of "banned content." Thus begins a carnival of lust, revulsion, desire, and disgust - all for viral videos.

Written by Zac Thompson (LONELY RECEIVER, UNDONE BY BLOOD, X-Men) and illustrated by Andy MacDonald (Multiple Man, Rogue Planet), I BREATHED A BODY is a horror series about the voyeurism of violence and the Big Tech companies who
engineer patterns of fear in society.
In Shops: Jan 20, 2021
SRP: $4.99
View All Items In This Series