SILK OUT OF THE SPIDER-VERSE TP VOL 01 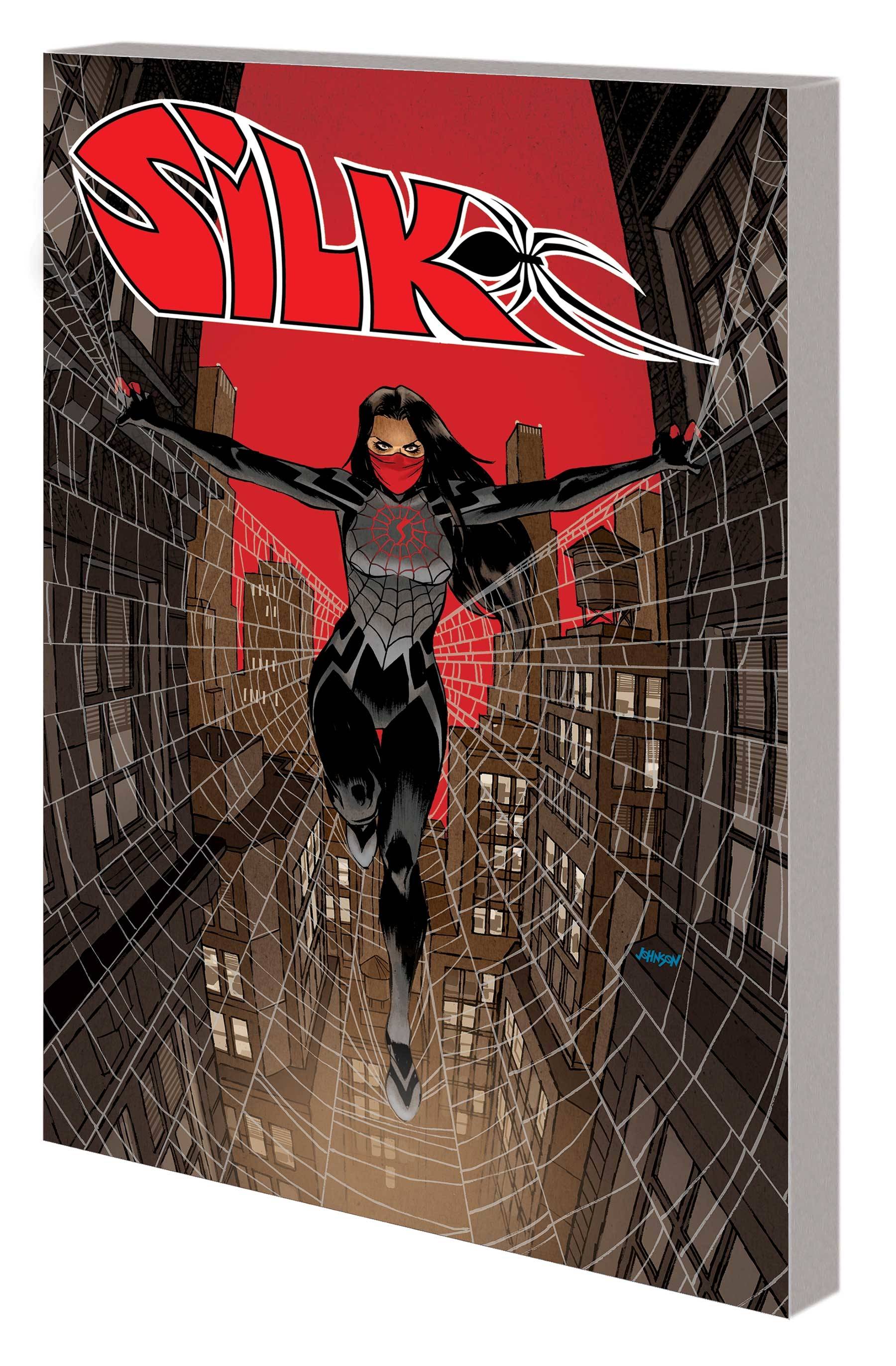 #
NOV200646
(W) Dan Slott, Robbie Thompson (A) Humberto Ramos, More (CA) Dave Johnson
An amazing secret has been revealed! The same irradiated spider that gave young Peter Parker his powers also bit...Cindy Moon! For years Cindy was hidden away, but now the woman called Silk is unleashed on the Marvel Universe! Will she be a new enemy for Spider-Man, a new ally...or something more? Cindy builds a new life in New York City, defining her future while searching for her past - and webbing up wrongdoers along the way! But Silk is about to cross the Black Cat's path, and that's not lucky! When Cindy takes on Felicia Hardy's criminal operation, she just might be tempted by a new vocation...as a super villain?! Plus: A date with the Human Torch! And will Cindy ever find her family? Collecting AMAZING SPIDER-MAN (2014) #4-6, SILK (2015A) #1-7, SILK (2015B) #1-6 and material from AMAZING SPIDER-MAN (2015) #1.