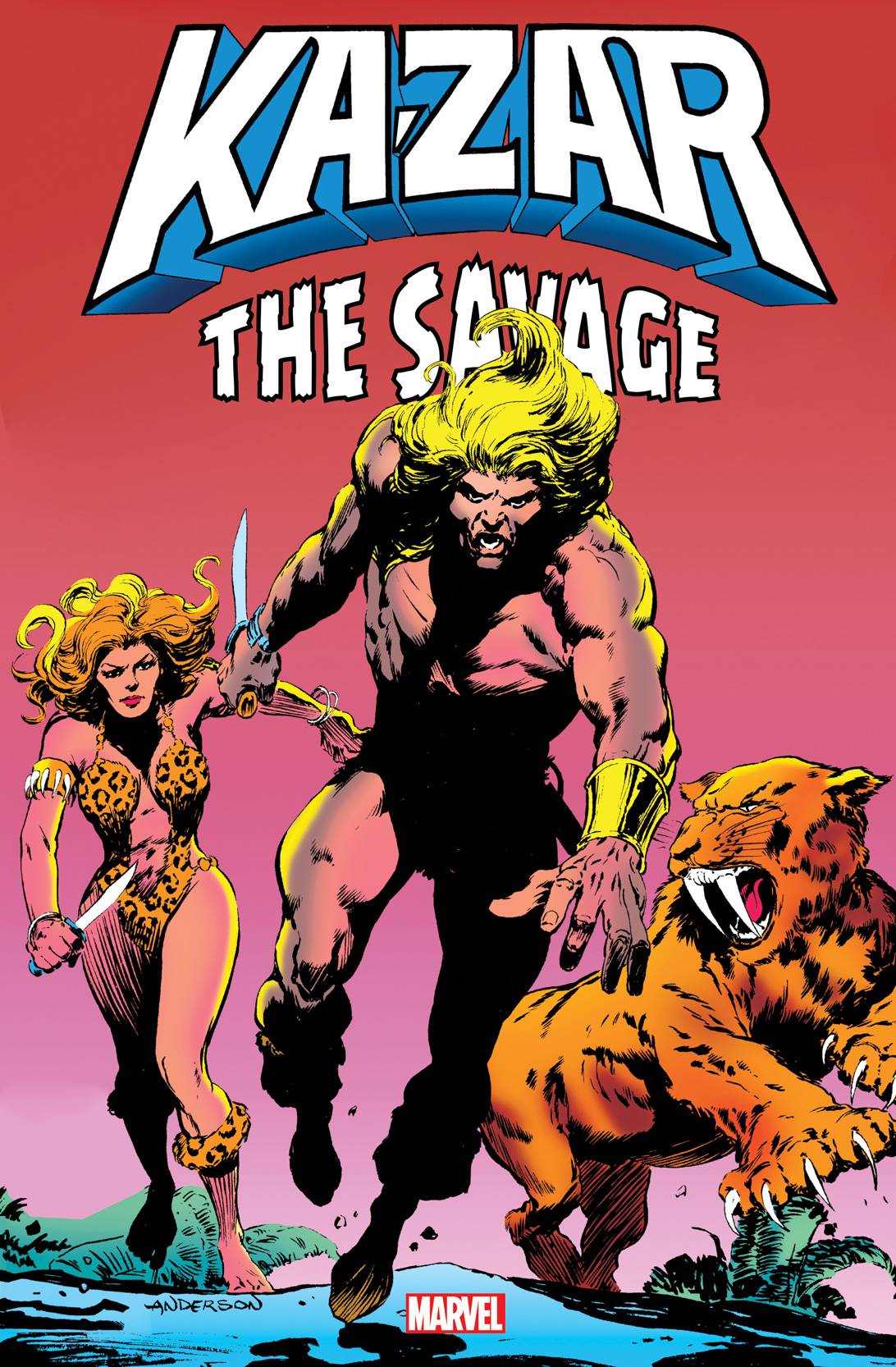 #
NOV200603
(W) Bruce Jones, Mike Carlin, More (A) More (A/CA) Brent Anderson
A new world for the jungle lord! A hunt for his four-legged friend Zabu takes Ka-Zar beyond the Savage Land and into the ancient paradise of Pangea! From shining citadels to the lofty heights of the Aerie, it's a land filled with newfound friends - and fresh dangers! Caught between bird-people and pterons, will Kevin Plunder meet his end or find new love? Either way, things will soon get complicated between Ka-Zar and Shanna the She-Devil. But Shanna isn't short of other suitors herself, including... Spider-Man?! And abandon all hope when Ka-Zar faces a twisted version of Dante's Inferno! This fresh hell comes complete with a Minotaur, Cerberus...and the demonic Belasco! Plus: Alien nightmares, a jungle wedding and tiger tales of Zabu in this complete collection of a series that, like the Savage Land, is a hidden gem! Collecting KA-ZAR THE SAVAGE #1-34.