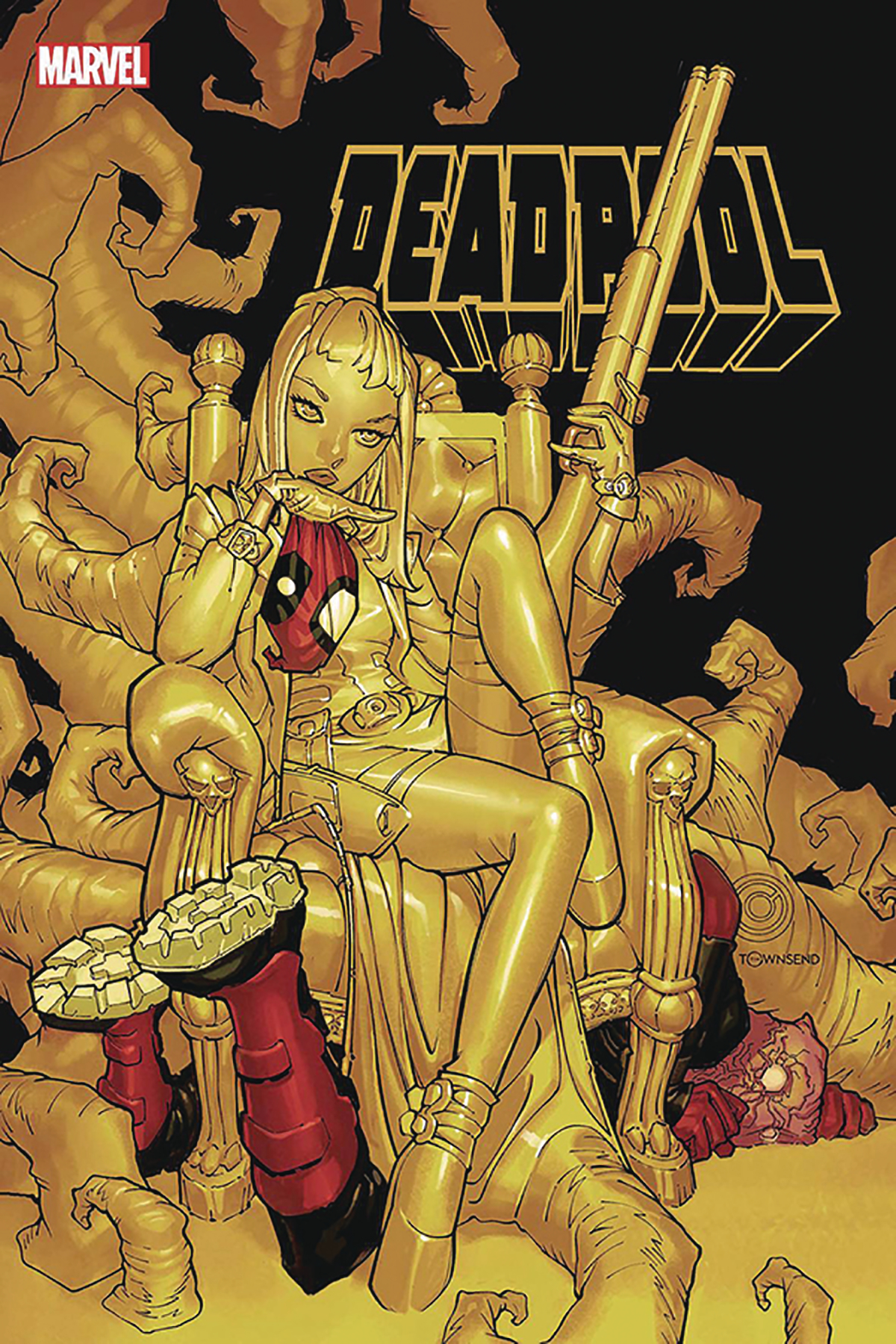 NOV191687
DEADPOOL'S KINGDOM...IS CRUMBLING! As Deadpool tries to build up his new monster kingdom, he keeps running into obstacles. Obstacles named CAPTAIN AMERICA and ELSA BLOODSTONE. But they are far from his only problems: There's someone killing monsters, and their sights are set on those closest to Deadpool. Heavy hangs the head that wears the crown, particularly when it's in the sights of one of the deadliest people in the Marvel Universe! FINAL COVER MAY VARY. ALLOCATIONS MAY OCCUR.
In Shops: Mar 04, 2020
SRP: $39.99