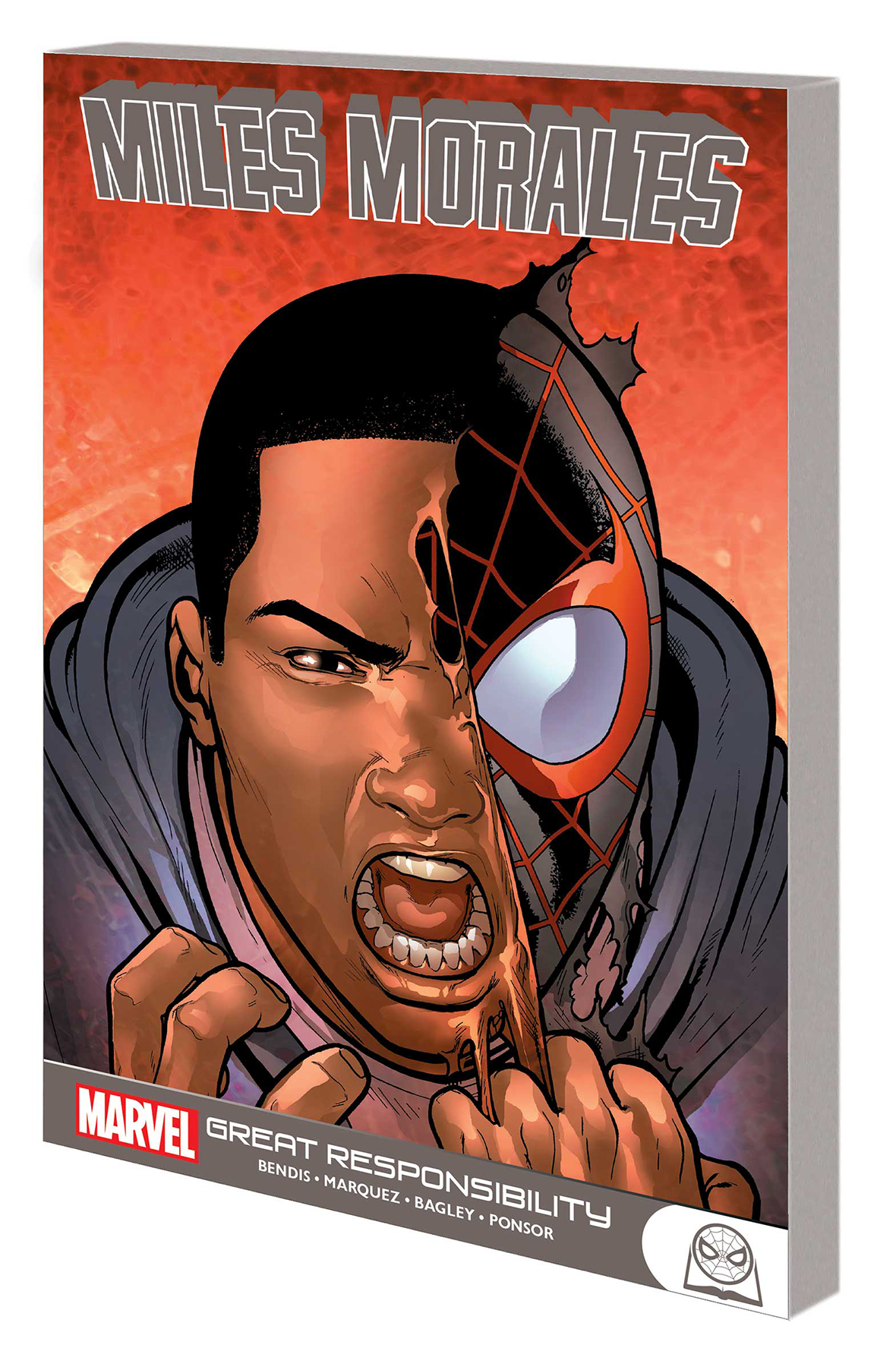 #
NOV190995
(W) Brian Michael Bendis (A) More (A/CA) David Marquez
Spider-Man no more? None of Miles Morales' incredible powers could prevent his mother's death or spare his father from a life-changing injury in a brutal fight against Venom. Miles is convinced he caused the tragedy - so in an emotion-filled decision, he has put away the costume, swearing never to fight as Spider-Man again! But when two new super-powered teenagers, Cloak and Dagger, emerge and the Taskmaster breaks up their fight with the juvenile delinquent Bombshell, innocent lives are at stake! It's a job for someone with great power and great responsibility - but will that be Miles? And if he returns to the suit, will it be just in time for his universe to face Cataclysm? Plus: A celebration of the life of the Ultimate Peter Parker! Collecting ULTIMATE COMICS SPIDER-MAN #23-28, CATACLYSM: ULTIMATE SPIDER-MAN #1-3 and ULTIMATE SPIDER-MAN (2009) #200.
Ages 10 & Up
In Shops: Feb 12, 2020
SRP: $12.99
ORDER WISH LIST