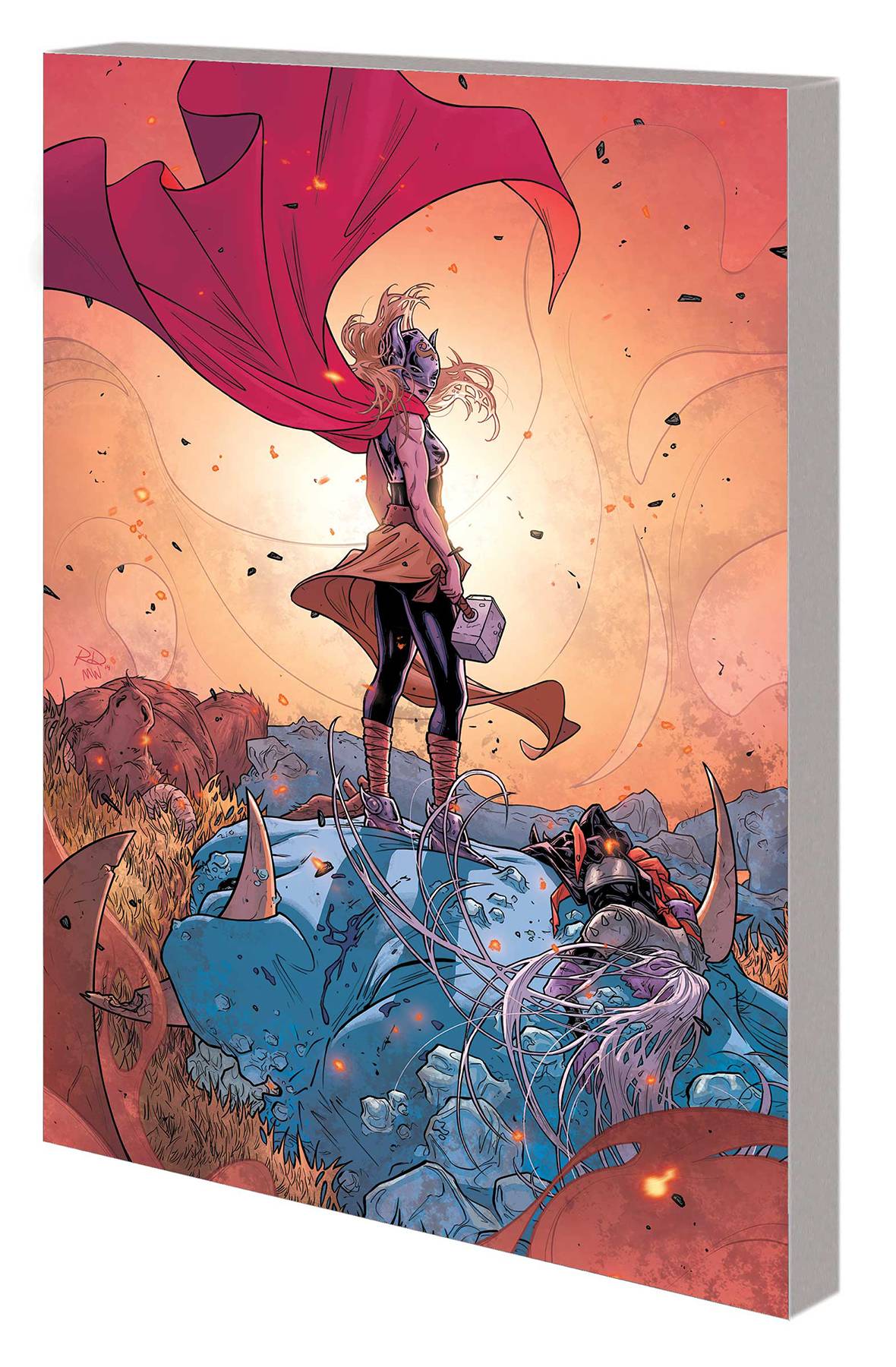 #
NOV190993
(W) Jason Aaron, More (A) Esad Ribic, More (CA) Russell Dauterman
Jason Aaron's legendary saga continues - with more Thors than ever before! In the last days of Midgard, the Thunder God fights to save his adopted home from Roxxon - and its monstrous boss! But when the Son of Odin is rendered unworthy to lift Mjolnir, a new hero rises - Thor, Goddess of Thunder! Who is the mystery woman who now commands the thunder and lightning? Wouldn't Malekith, Odin and the Odinson himself love to know! Plus, Old King Thor battles Galactus at the end of time! Young Thor tries to prove himself worthy! The Girls of Thunder! The accursed origin of Malekith! The beginnings of the War of the Realms! And - when the Multiverse is shattered by SECRET WARS - an army of Thors police Battleworld! Collecting THOR: GOD OF THUNDER #19-25, THOR (2014) #1-8, THOR ANNUAL (2015) #1 and THORS #1-4.
Rated T+
In Shops: Jan 29, 2020
SRP: $39.99
View All Items In This Series
ORDER SUBSCRIBE WISH LIST