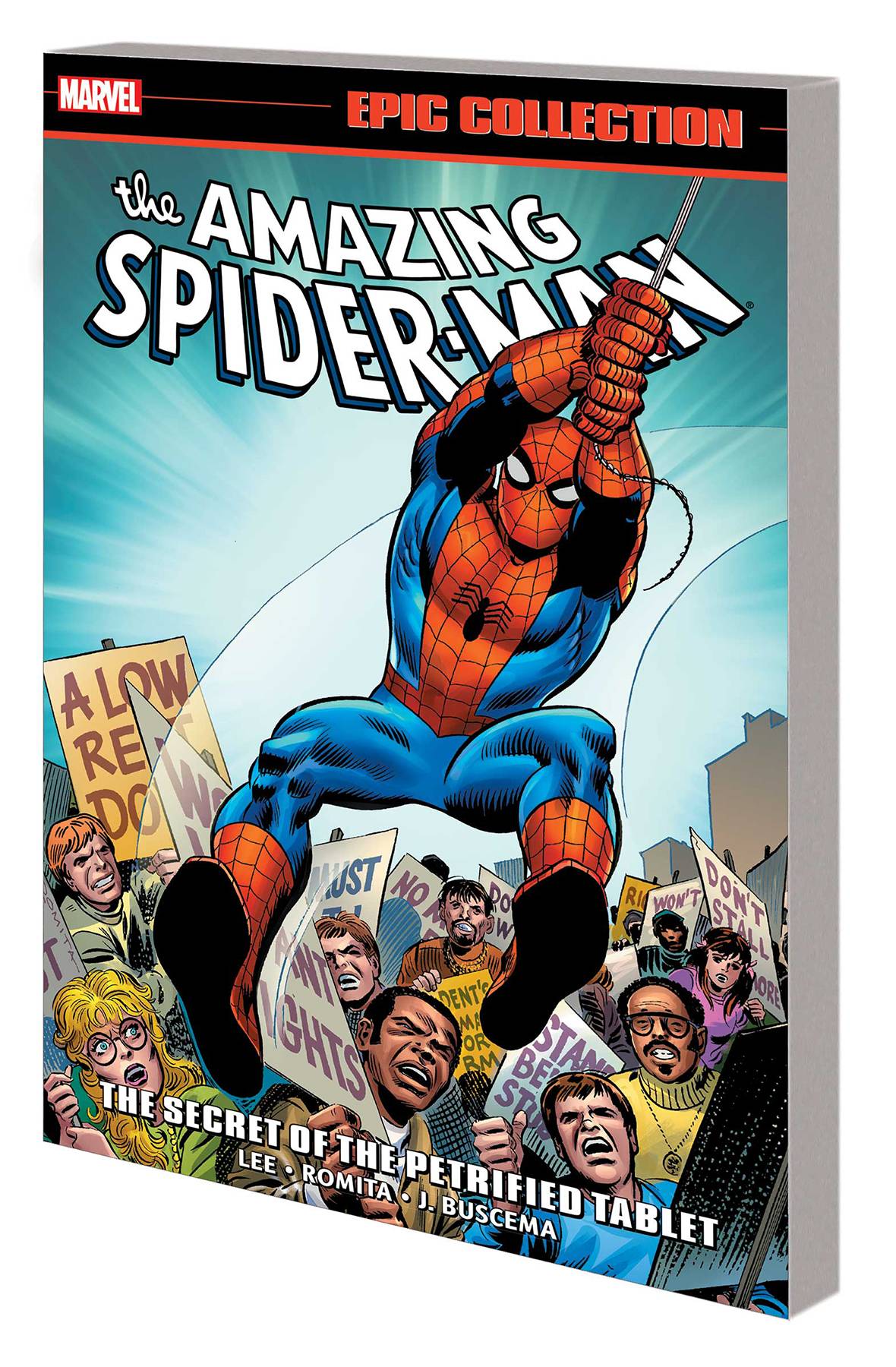 #
NOV190980
(W) Stan Lee (A) More (A/CA) John Romita
Two of the fiercest crime lords in New York City are on a quest to decipher an ancient petrified tablet - whose secrets promise great power! It's an indisputable classic by two of Marvel's greatest creators, Stan Lee and John Romita Sr. - and that's not all they have in store! J. Jonah Jameson has the Daily Bugle working overtime to brand Spider-Man as public enemy number one, the Prowler hits the scene, the Black Widow debuts her sultry new spy gear - and the origin of Peter's parents is revealed! Plus: The Kingpin comes back for more, and this time it's a family affair! Also featuring Gwen Stacy and the gang...whose heads are really going to turn when an ill Peter Parker strolls into a party in his Spider-Man costume! Collecting AMAZING SPIDER-MAN (1963) #68-85 and ANNUAL #5-6.
Rated T
In Shops: Feb 12, 2020
SRP: $39.99
ORDER WISH LIST