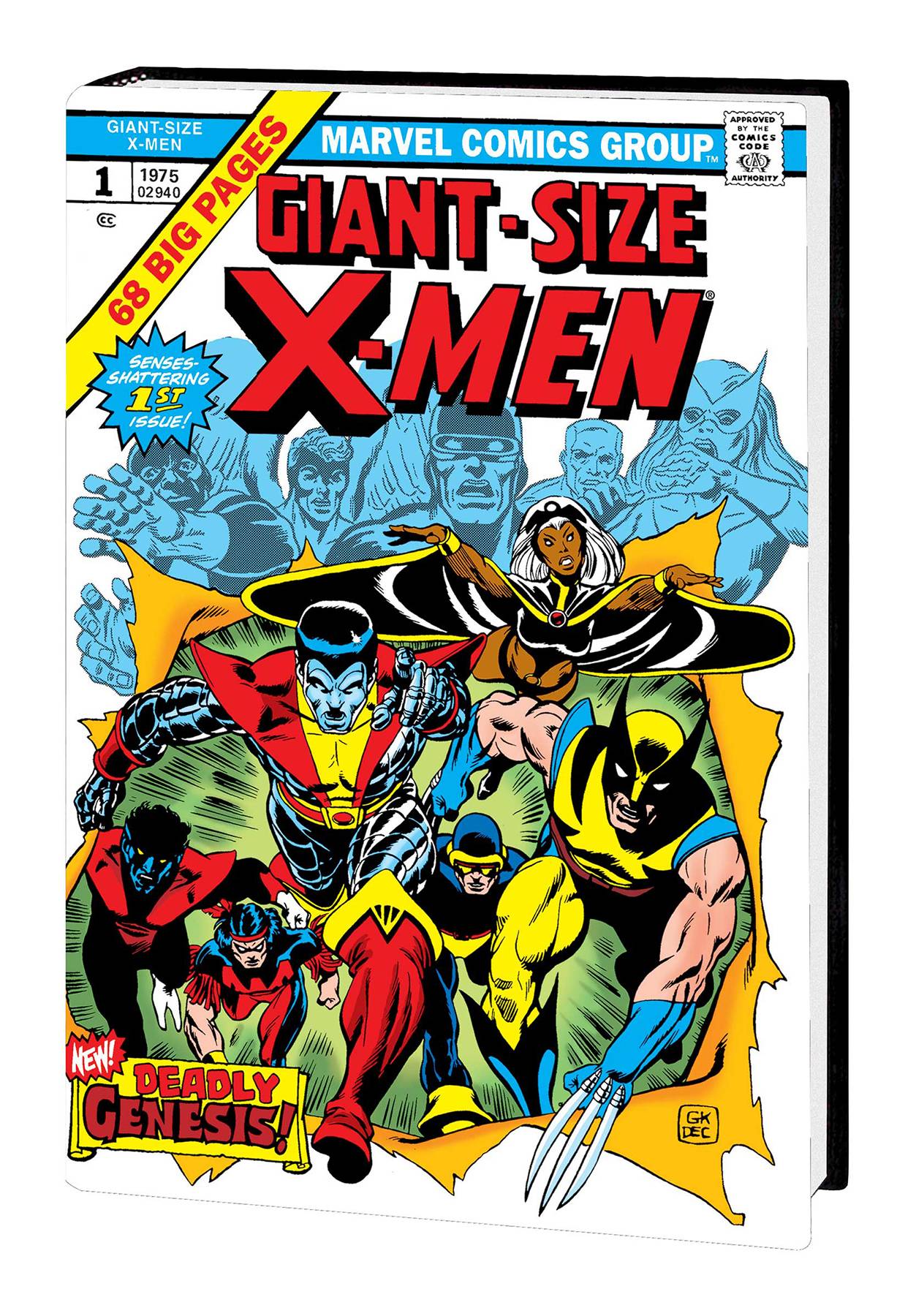 #
NOV190957
(W) More, Len Wein (A) More, Dave Cockrum (CA) Gil Kane
When a young writer named Chris Claremont relaunched the X-Men in 1975, few fans could predict the incredible impact he would have on the series. With a flair for realistic dialogue, heartfelt storylines and hard-hitting action, Claremont's writing breathed life into the characters. In collaboration with artists Dave Cockrum and John Byrne, Claremont crafted a run still heralded as the definitive era of the title. Now, relive the debut of the all-new X-Men, including Storm, Colossus, Nightcrawler and Wolverine! Thrill to their battles against Krakoa, Magneto, Sauron, Proteus and many more - and witness Marvel Girl's transformation into Phoenix! More than just another super-hero title, the X-Men's struggle against prejudice and intolerance has resonated in the hearts of millions of devoted readers for decades. Collecting GIANT-SIZE X-MEN #1, X-MEN (1963) #94-131, X-MEN ANNUAL (1970) #3.
Rated T
In Shops: Jul 15, 2020
SRP: $100.00
View All Items In This Series
ORDER SUBSCRIBE WISH LIST