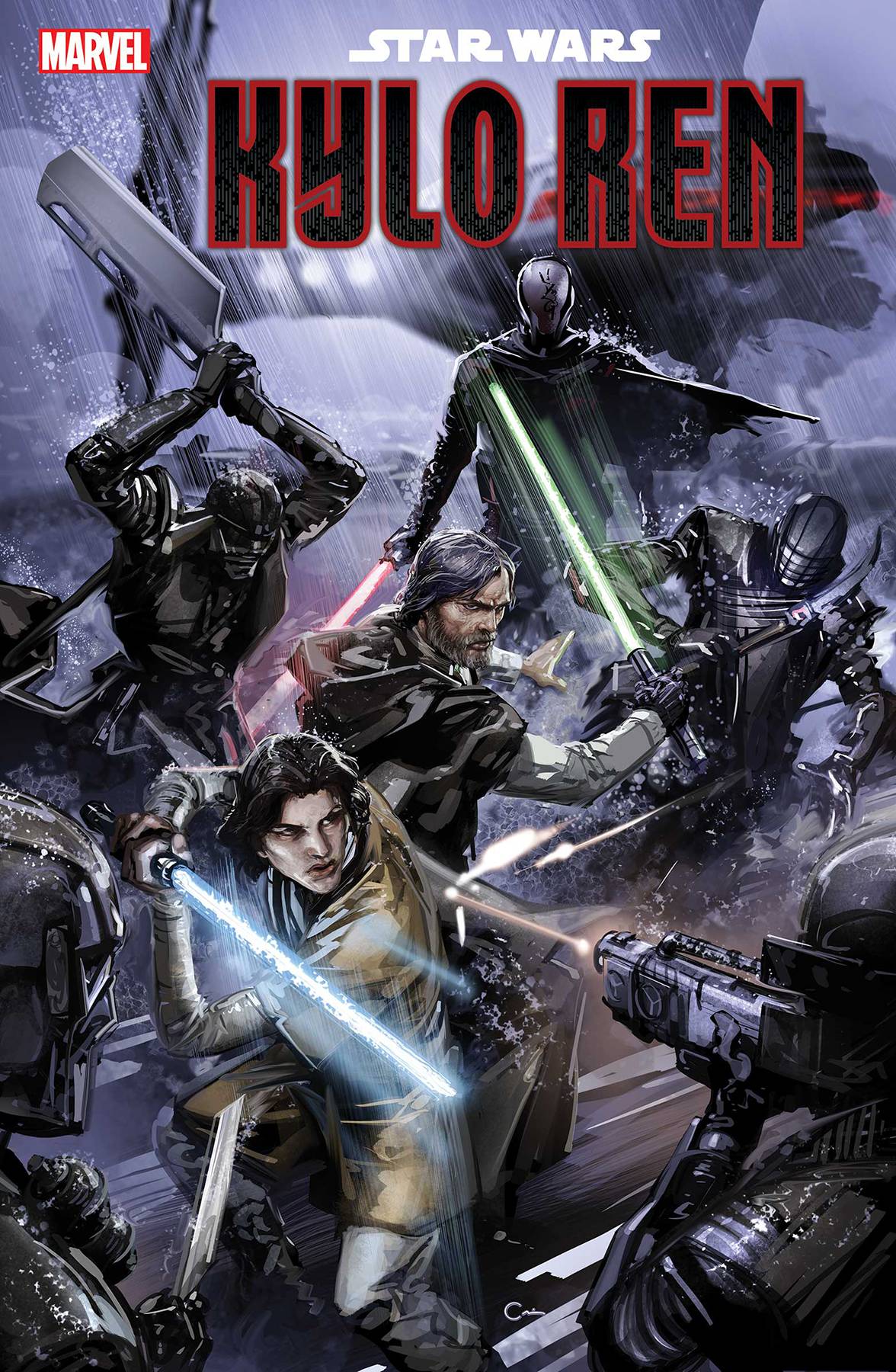 #
NOV190941
(W) Charles Soule (A) Will Sliney (CA) Clayton Crain
SNOKE SINKS HIS CLAWS IN! YOUNG BEN SOLO FACES THE KNIGHTS OF REN!
•  With the new jedi school in ruins and fellow students hot on his trail for the murder of their master, Ben Solo flees to the only friend he has left in the galaxy...a man named Snoke. But Snoke has plans for  Ben...and ideas about the Force that are as dangerous as they are intriguing for the troubled young jedi.
•  If Ben wishes to be truly free...the answers might lie with the dark side. And with the Knights of Ren!
•  But it won't be the first time he's tangled with the Knights. In the past, Jedi Master Luke Skywalker journeys to the Unknown Regions and brings young Ben along for the mission. Can even Luke Skywalker stand against the fabled Knights of Ren?!
Rated T
In Shops: Jan 08, 2020
SRP: $3.99
View All Items In This Series
ORDER SUBSCRIBE WISH LIST