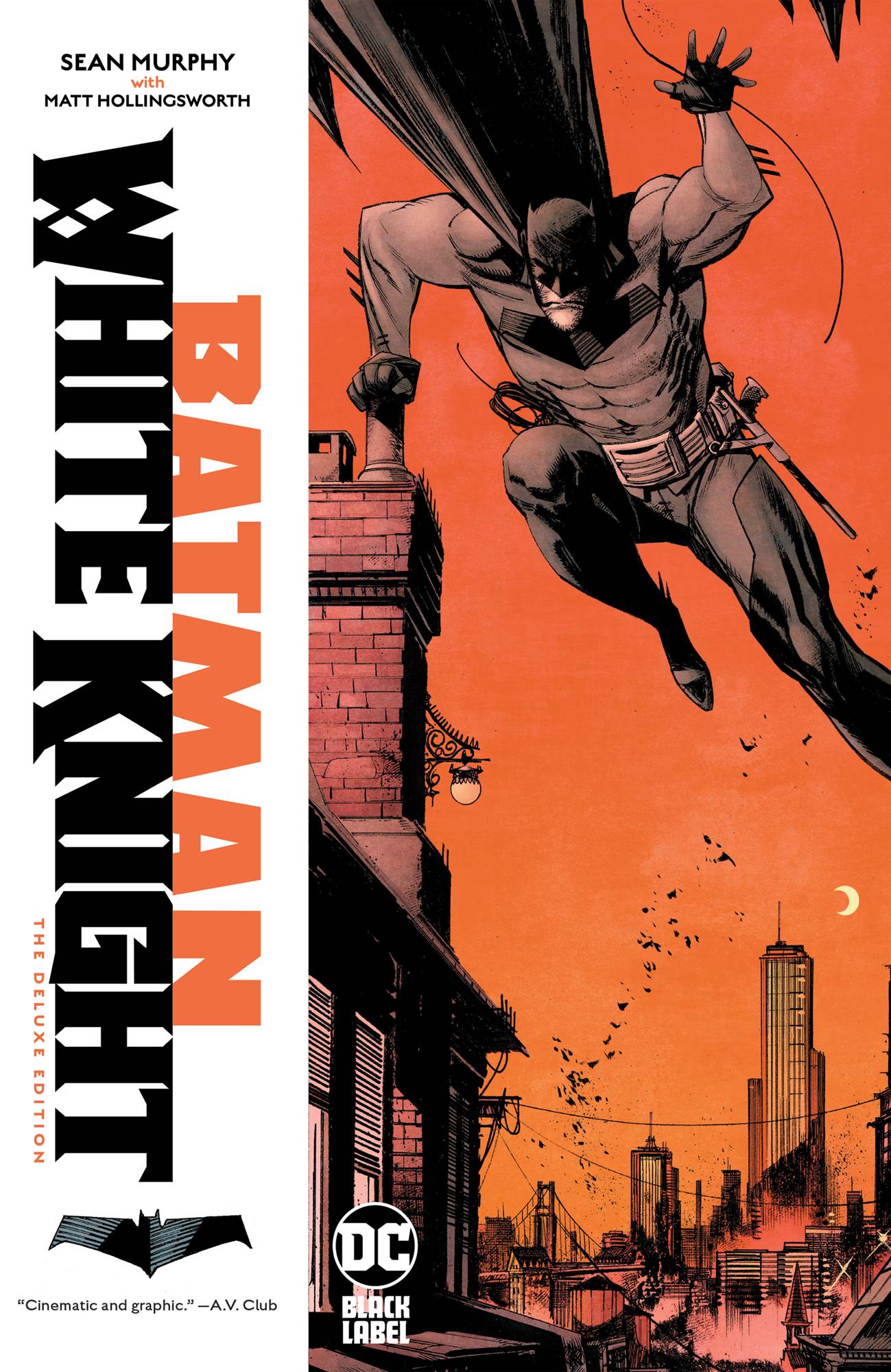 #
NOV190529
(W) Sean Murphy (A/CA) Sean Murphy
Collecting the Eisner Award-nominated series in Deluxe Edition format! Batman: White Knight follows the transformation of The Joker into a sane citizen of Gotham City known as Jack Napier. After reconciling with his long-suffering partner, Harley Quinn, he sets in motion a carefully plotted campaign to discredit the one person whom he views as Gotham City's true enemy: Batman. Napier's crusade exposes a decades-long history of corruption within the Gotham City Police Department and transforms him into a city councilman and civic hero. But when the sins of his past return to threaten everything that he has accomplished, the distinctions between savior and destroyer begin to break down for both The Joker and Batman alike-and with them, any hope for Gotham's future. Collecting the acclaimed eight-issue miniseries, plus extras including sketches, designs, and Sean Murphy's original inked pages, and a brand-new cover by Murphy!
In Shops: Mar 04, 2020
SRP: $49.99
ORDER WISH LIST