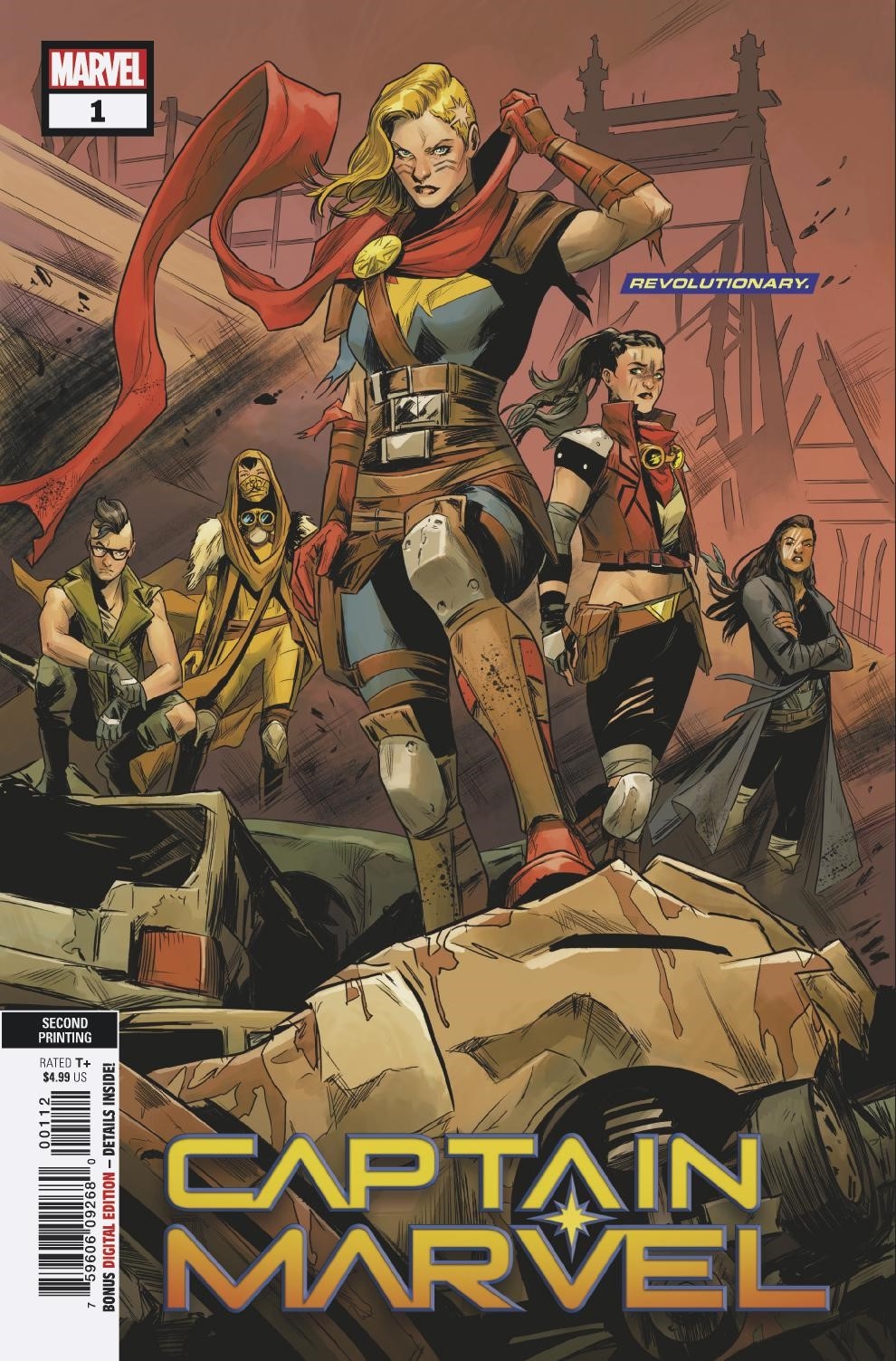 NOV188701
(W) Kelly Thompson (A) Carmen Nunez Carnero (CA) Amanda Conner, Paul Mounts
ALL THE STARS ALIGN AS KELLY THOMPSON AND CARMEN CARNERO TAKE ON MARVEL'S PREMIER FEMALE SUPER HERO!
As Captain Marvel, Carol Danvers has spent months in space protecting Earth from alien threats big and small, but now it's time for Earth's mightiest hero to come home. New York City has never looked so good. But every re-entry comes with the unexpected, and Carol is about to hit a whole lot of unexpected. It's a fresh start and an oversized, star-studded welcome home for a hero who's been punching the glass ceiling since the 1970s - and just in time for the first female-led film from Marvel Studios! The next 50 years of Captain Marvel starts here!
Rated T+
In Shops: Feb 13, 2019
SRP: $4.99
View All Items In This Series
ORDER SUBSCRIBE WISH LIST