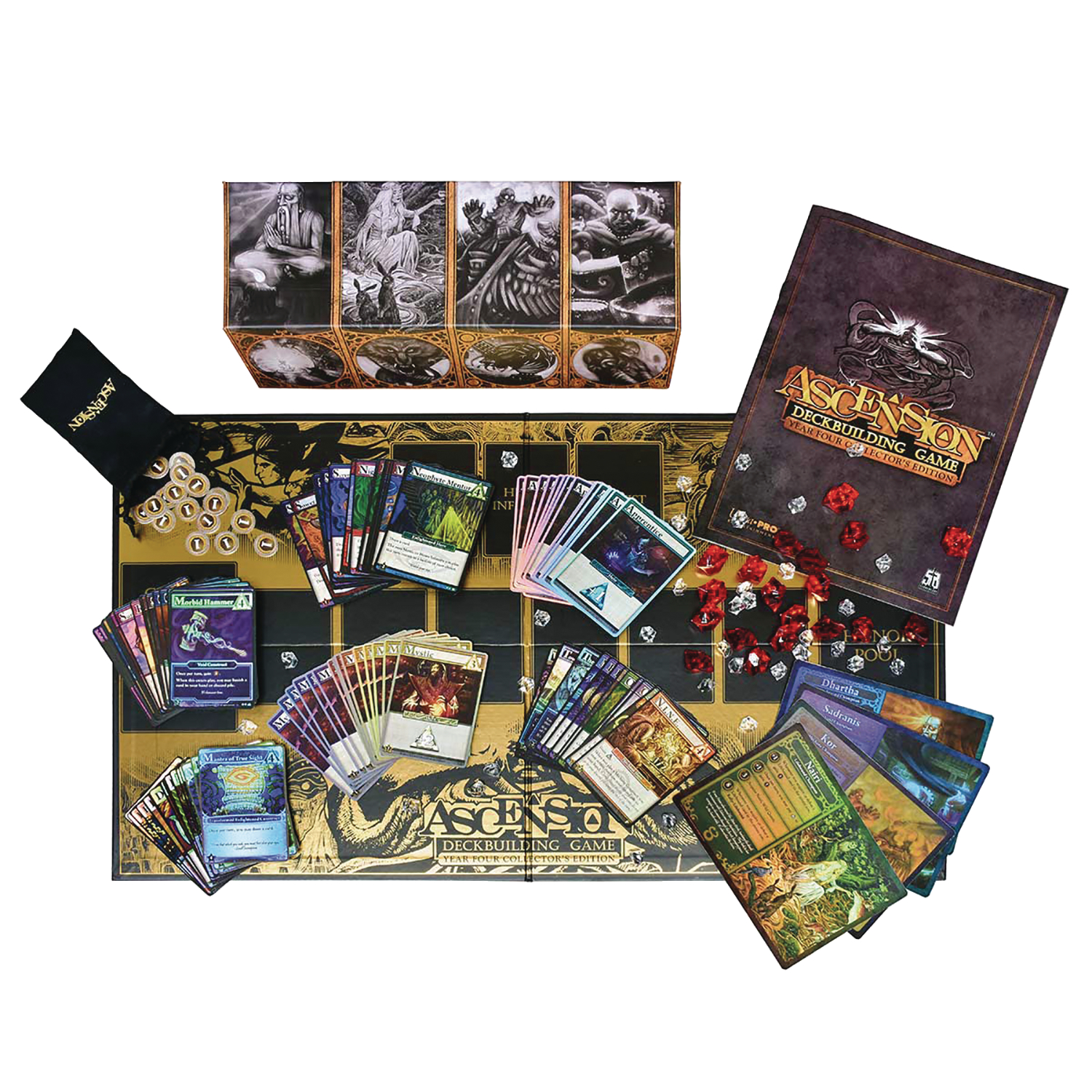 NOV182891
Ascension is a fast-paced deck-building game designed by Magic Pro Tour champions Justin Gary, Rob Dougherty, and Brian Kibler. Enjoy the beloved expansions Dreamscape and War of Shadows released in Ascension`s fifth year with the Year Five Collector`s Edition! Use Insight to access the Dreamscape that contains powerful Heroes, Constructs, and Visions. Then, take part in the War of Shadows to harness the power of Night and Day. The Year Five Collector's Edition includes the base set of Ascension, Dreamscape, and War of Shadows expansions, and all promo cards released throughout the year. All cards and game board are treated in premium foil, and this unique Collector's Edition comes with a special token pouch to hold 100 game tokens.