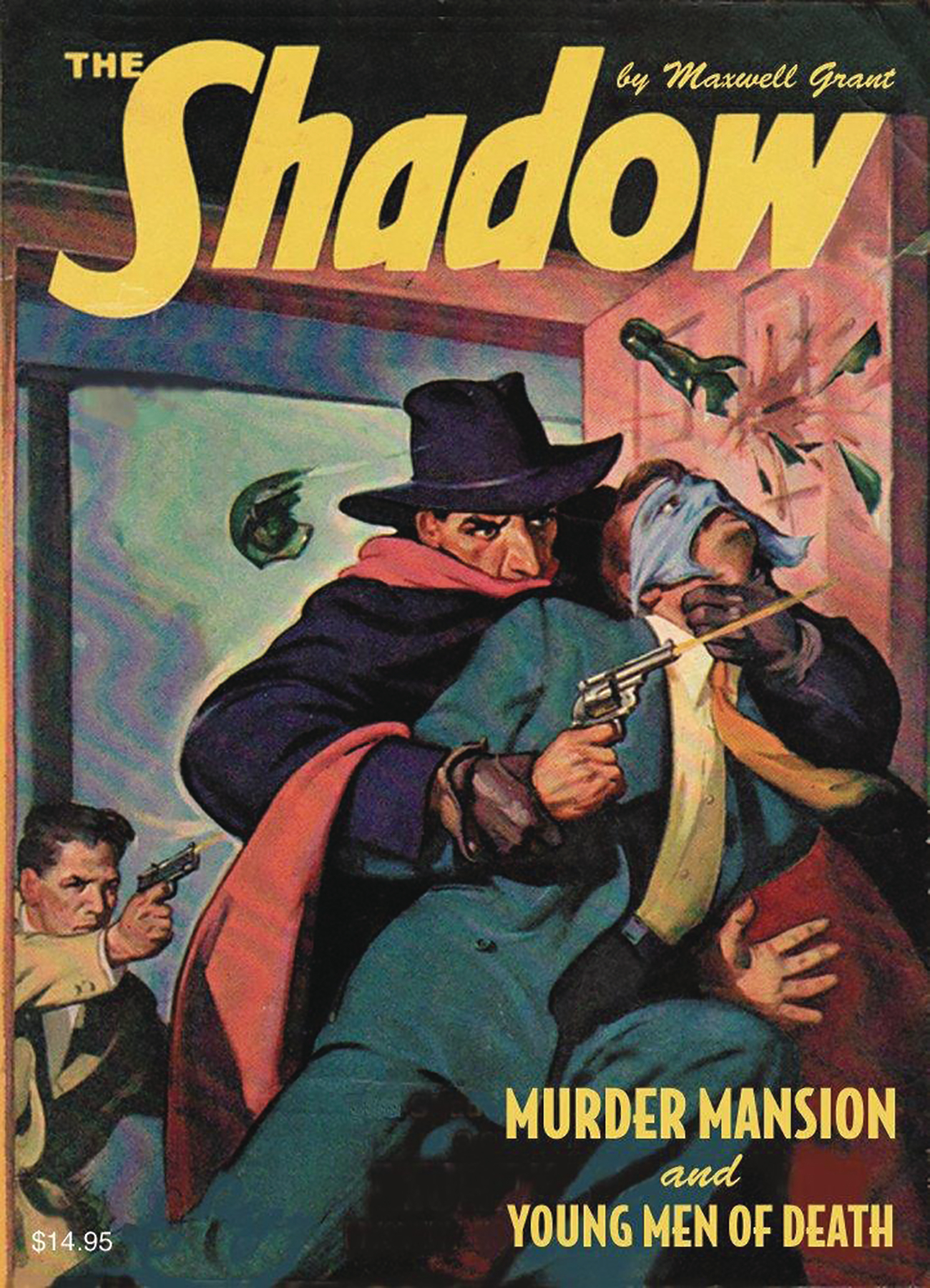 NOV181953
(W) Maxwell Grant, Walter B. Gibson, Will Murray, Ted Tinsley (A) Paul Orban (CA) George Rozen, Modest Stein
The Knight of Darkness journeys from Connecticut to Chicago's slums and the Alabama bayous in never-reprinted pulp novels by Walter B. Gibson and Theodore Tinsley. First, an innocent man is accused of serial slayings perpetrated in an old colonial "Murder Mansion," and only The Shadow can unmask the real murderer-but which Shadow? Then, the Dark Avenger braves a series of bizarre deathtraps as he investigates the strange disappearances of "Young Men of Death."
In Shops: Jan 23, 2019
SRP: $14.95
View All Items In This Series
ORDER SUBSCRIBE WISH LIST