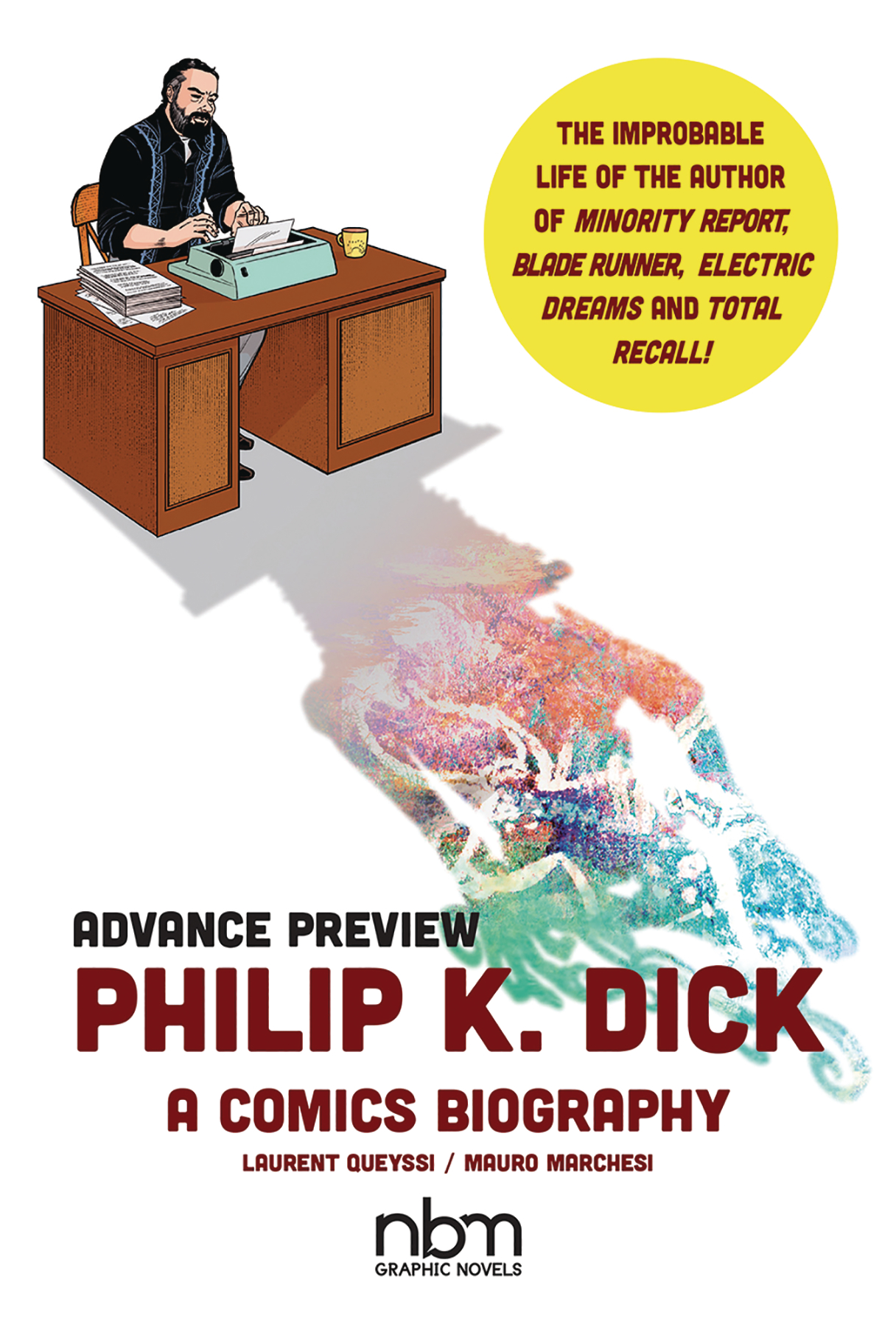 NOV181878
(W) Laurent Queyssi, Mauro Marchesi
One of the greatest writers in SF history, Philip K. Dick is mostly remembered for movies based on his works such as Blade Runner, Minority Report, and Total Recall. His dark fascinating work centered on alternate universes and shifting realities in worlds often governed by monopolistic corporations and authoritarian governments. His own life story seems a tussle with reality, going through five wives and becoming increasingly disjointed with fits of paranoia and hallucinations fueled by abuse of drugs meant to stabilize him. His dramatic story is presented unvarnished in this comics biography.
In Shops: Jan 09, 2019
SRP: $24.99
ORDER WISH LIST