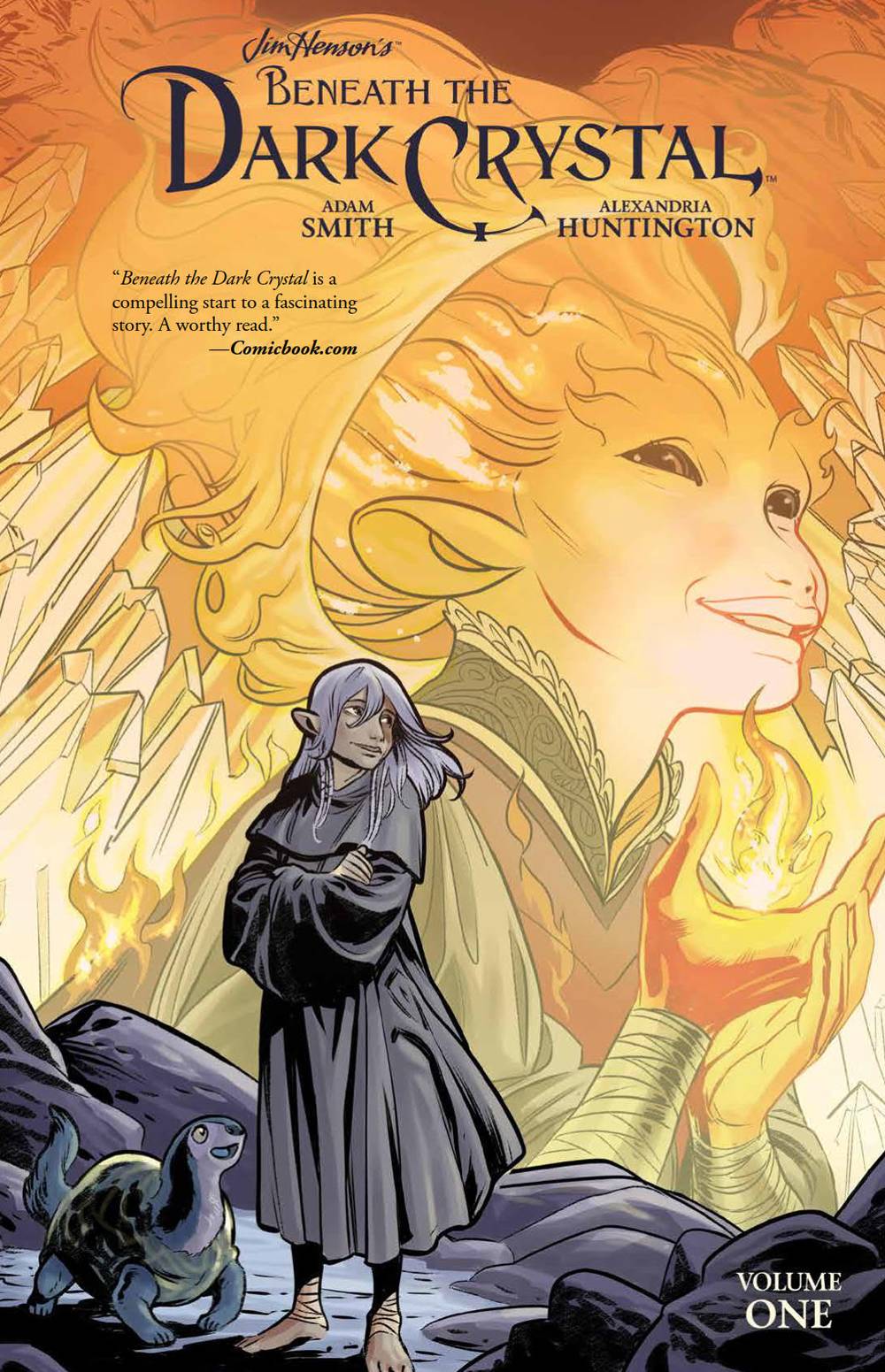 #
NOV181343
(W) Adam Smith (A) Alexandria Huntington (CA) Benjamin Dewey
* Writer Adam Smith (Jim Henson's Labyrinth 2017 Special) and artist Alexandria Huntington (Avengers Origins) present a new sequel to the hit film!
* Arriving at the Crystal Castle where he was once a lowly acolyte, Kensho is asked to accept the responsibility as leader of Thra. But he will have to rectify sins of the past before he can decide if he-or anyone-is fit to rule.
* Meanwhile, the realm of Mithra is being rebuilt by the newly-crowned Ember Queen Thurma, whose own quest to decide the future of her land is thrown into question when another Fireling makes a claim as the true heir to the throne.
In Shops: Mar 27, 2019
SRP: $24.99
View All Items In This Series