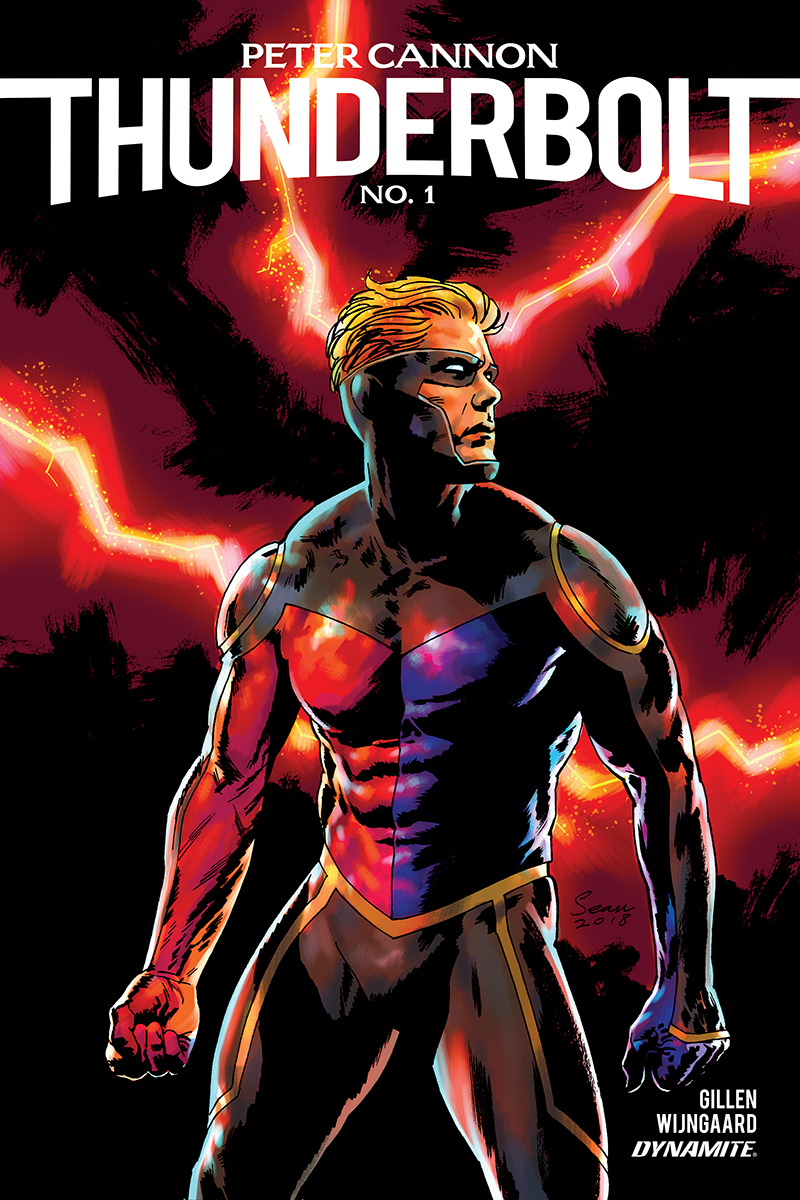 NOV181059
(W) Kieron Gillen (A) Caspar Wijngaard (CA) Sean Phillips
His level of genius is matched only by his heroics, and in humanity's darkest hour, he's the hero they need the most-alas, poor humanity.  Peter Cannon-the man known as Thunderbolt-is only too happy to leave civilization to face its end.  Kieron Gillen (The Wicked + the Divine) teams up with powerhouse artist Caspar Wijngaard (Doctor Aphra) as he returns to the superhero genre with a dark, humorous and relentless love song to the genre.
Well, "Love Song" in a Leonard Cohen Love Song kind of way. Peter Cannon, Thunderbolt: saving a world he hates.
In Shops: Jan 30, 2019
SRP: $3.99
View All Items In This Series