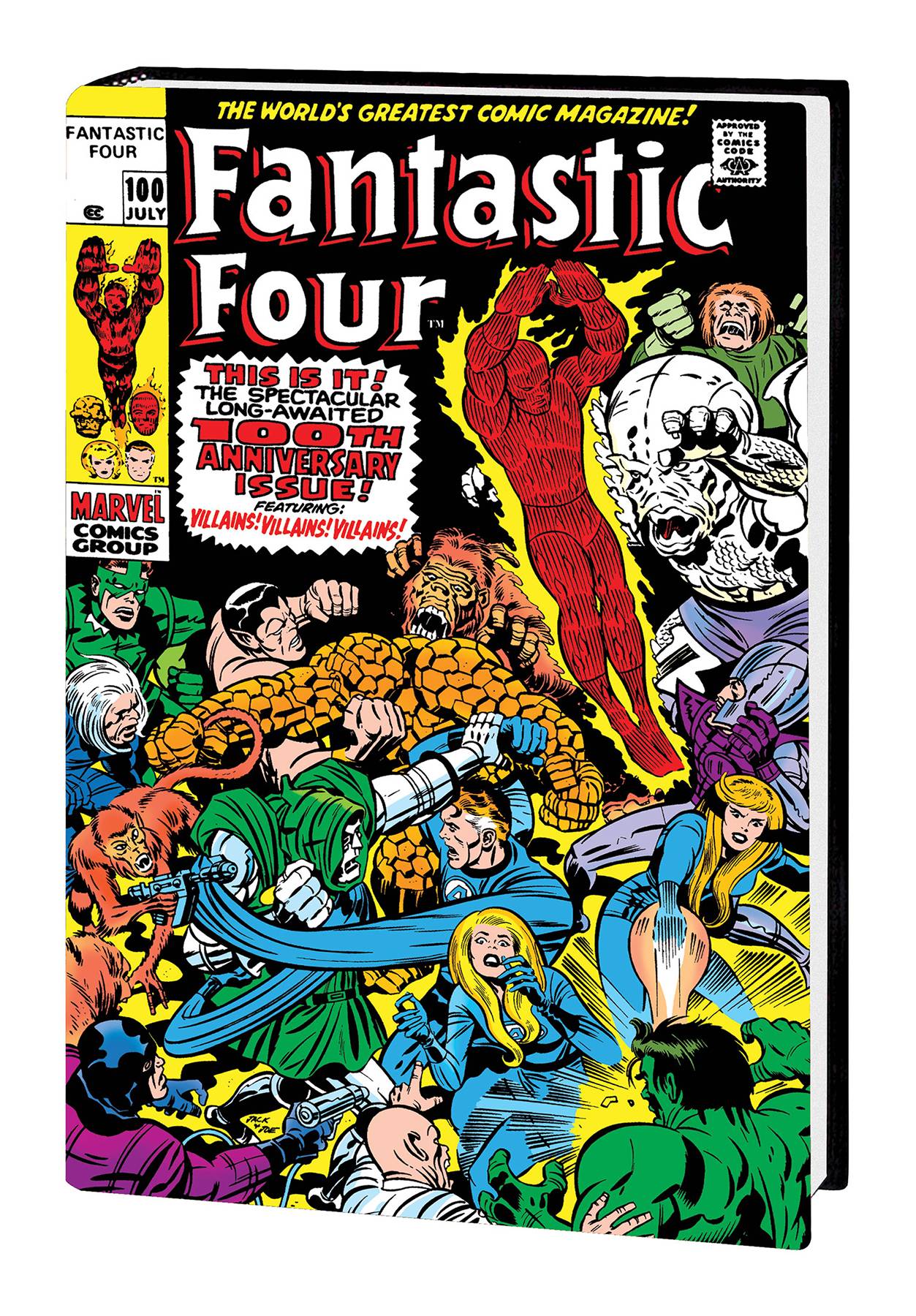 #
NOV181009
(W) Stan Lee (A/CA) Jack Kirby
Kirby is the greatest storytelling mind in comic book history. Kirby is an architect of the world's most-famous universe of characters. Kirby is...Fantastic!
The first in a line of super-giant "King-Size" hardcovers celebrating the incomparable talent of Jack "The King" Kirby, Kirby is...Fantastic! brings together a selection of all-time great issues from his tenure on Fantastic Four.
Featuring the 1960s debut of the Sub-Mariner, knitting together Marvel's Silver and Golden Ages; earth-shaking battles between the Thing and the Hulk; the debut of the Black Panther; the unveiling of the utopian man-god "Him" (a.k.a. Adam Warlock); a life-or-death epic battle with Doctor Doom in the heart of Latveria; and a deadly trip into the Negative Zone topped off by the history-making birth of Franklin Richards.
Collecting FANTASTIC FOUR (1961) #4, #12, #25-26, #52-53, #66-67, #84-87 & ANNUAL #6.
All Ages
In Shops: May 29, 2019
SRP: $100.00