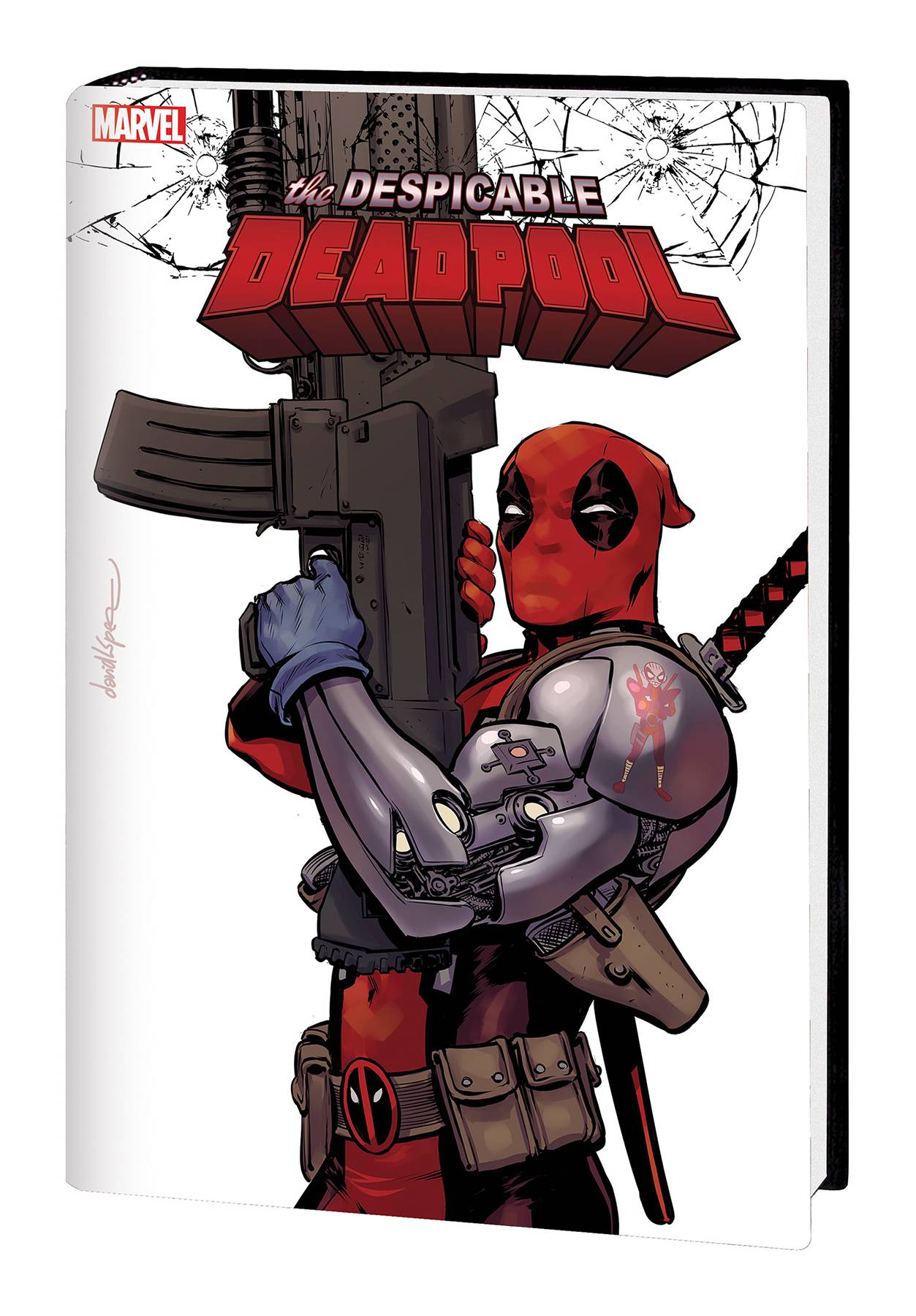 #
NOV181007
(W) Gerry Duggan (A) Scott Koblish, Matteo Lolli, Mike Hawthorne (CA) David Lopez
His days as a hero are over - now Deadpool is despicable! And what could be more despicable than...killing Cable?! That's right, Wade Wilson is out to prove himself a merciless merc by offing his best friend! But that's not the only item on his evil agenda! Deadpool has a lot of unfinished business, and he's determined to take care of it all before...well, before anything bad happens. Revenge on Hydra's "Stevil Rogers"? Check. Settling things with Rogue? Check. Then there's Madcap to deal with and - wait, is Deadpool seriously going to take out Apocalypse?! This is starting to sound a bit like a bucket list. Plus: A bonus Deadpool tale from the past, previously only read by obsessive variant-cover collectors! Collecting DESPICABLE DEADPOOL #287-300 and the second set of DEADPOOL SECRET COMIC VARIANTS.
Parental Advisory
In Shops: Apr 24, 2019
SRP: $39.99
ORDER WISH LIST