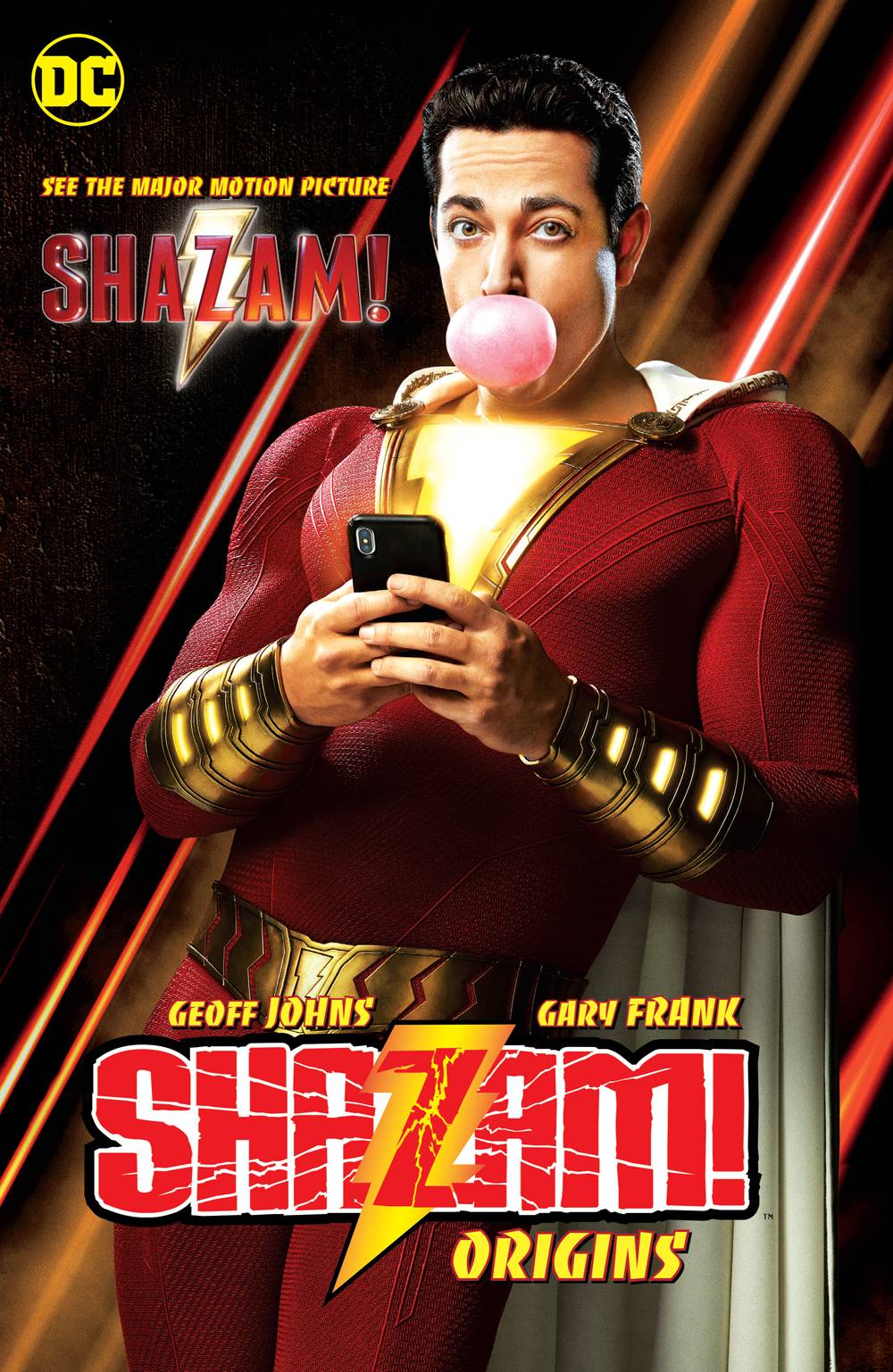 #
NOV180569
(W) Geoff Johns (A) Gary Frank (CA) Photo
Brought to the feet of the magical wizard Shazam at the Rock of Eternity, Billy Batson is imbued with powers beyond any mortal man. By shouting the wizard's name - Shazam! - the young teen is mystically transformed into the powerhouse known as Captain Marvel! Now given abilities that make him Earth's Mightiest Mortal at the utterance of a simple phrase, will Billy make the right choices and do what it takes to become a hero? Or will he succumb to the poor choices of youth-and the villainous Black Adam? Collects Justice League #0 and 21 and backup stories from issues #7-11, 14-16 and 18-20 with a photo cover from the upcoming Warner Bros. film starring Zachary Levi!
In Shops: Feb 27, 2019
SRP: $12.99
ORDER WISH LIST