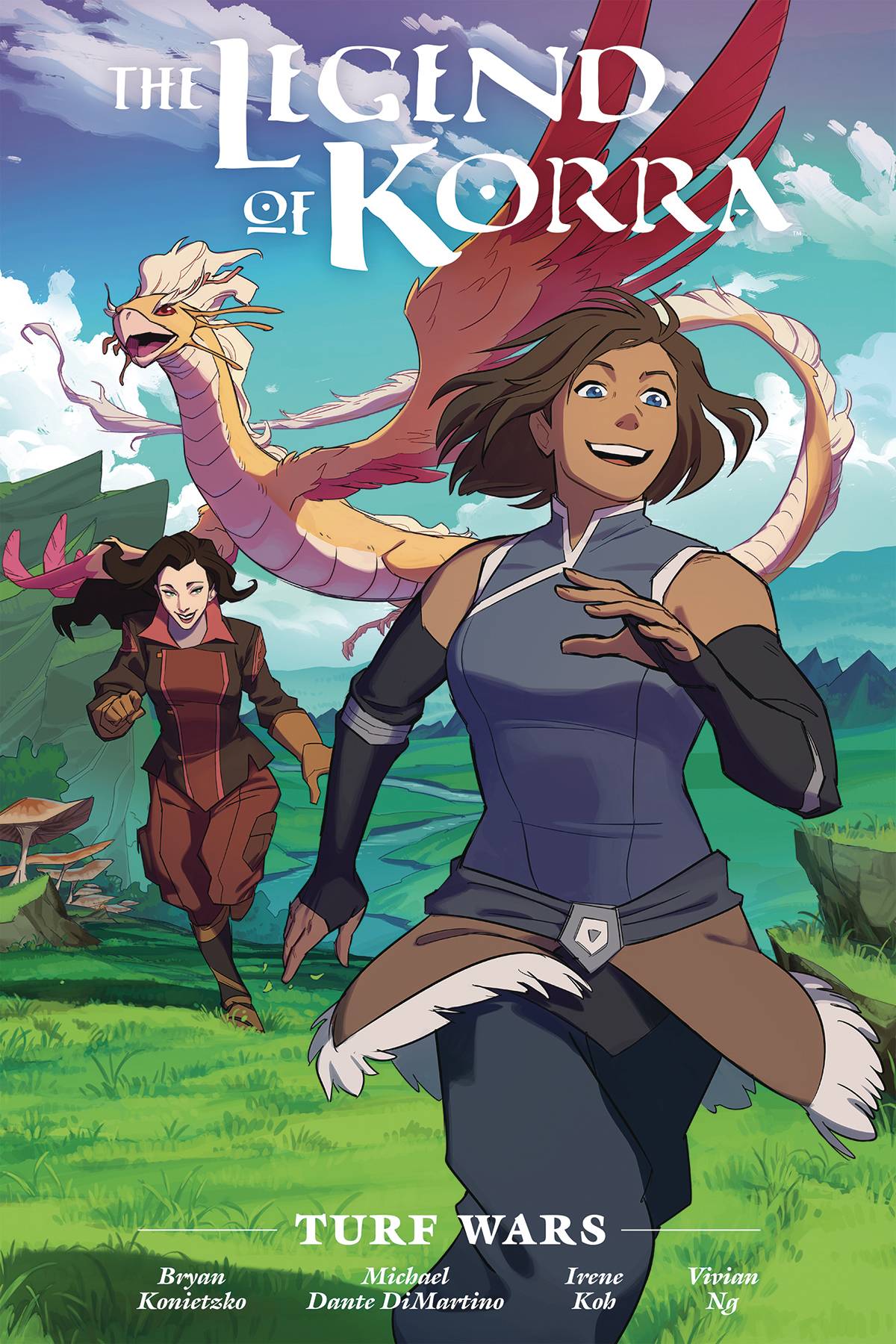 #
NOV180268
(W) Michael Dante Dimartino (A) Irene Koh, Paul Reinwand (CA) Heather Campbell
After a refreshing sojourn in the Spirit World, Korra and Asami return to Republic City but find nothing but political hijinks and human vs. spirit conflict! Pompous developer Wonyong Keum plans to turn the new spirit portal into an amusement park, potentially severing an already tumultuous connection with the spirits. At the city's edge, Zhu Li enlists everyone she can to aid the thousands of hungry and homeless evacuees who have relocated there. Meanwhile, the Triple Threats' ruthless new leader, Tokuga, is determined to unite the other triads under his rule, no matter the cost. Collects The Legend of Korra: Turf Wars parts one, two, and three.
In Shops: Mar 13, 2019
SRP: $39.99
ORDER WISH LIST