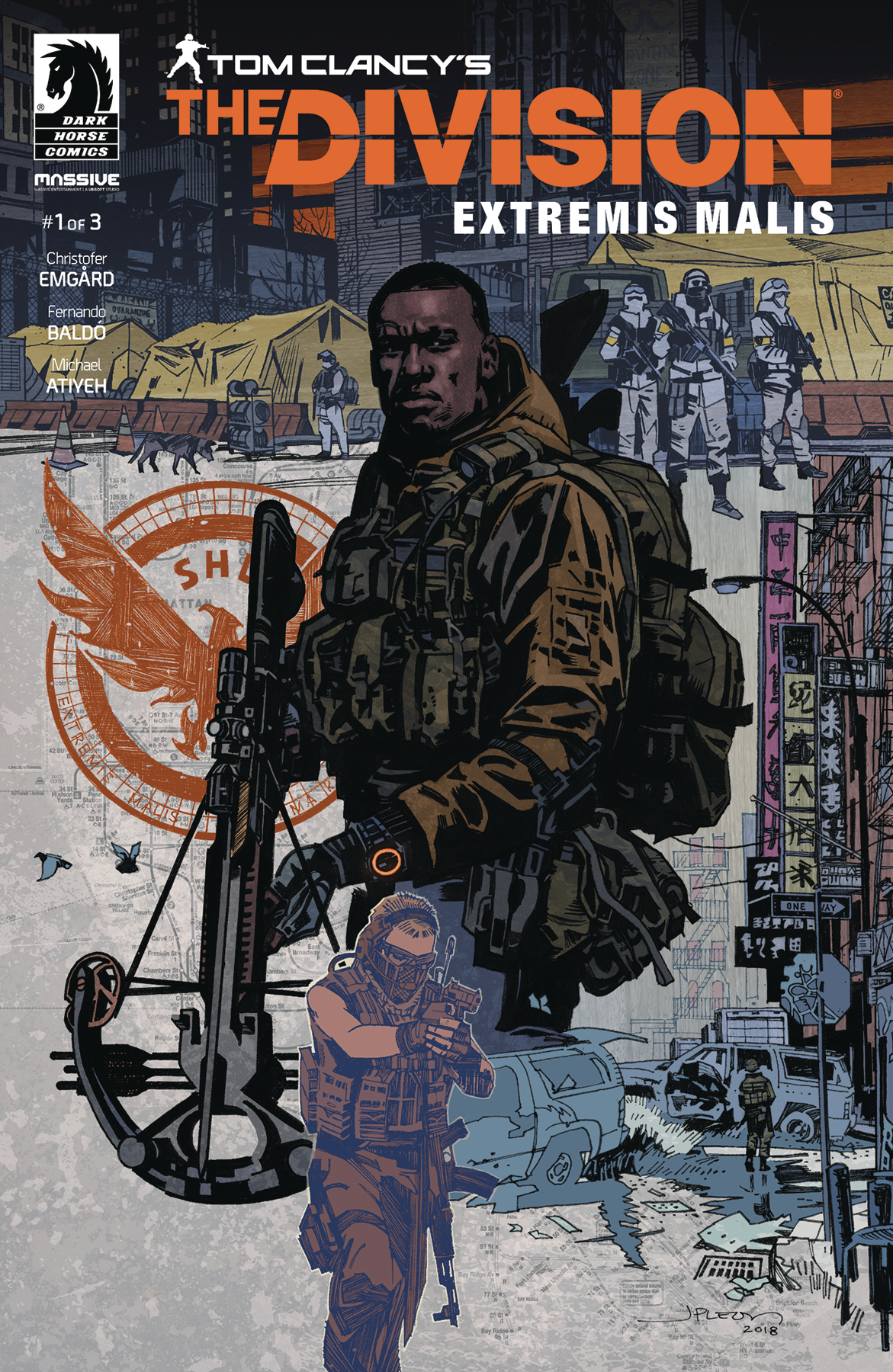 NOV180219
Months after a bioweapon attack devastated New York City, the Division agents are the last hope of a United States struggling to hold itself together. During a mission gone horribly wrong, Division Agent Caleb Dunne's partner is gruesomely killed and Dunne vows to track down the mysterious woman responsible. As he gathers clues to her whereabouts, he uncovers a grave threat to a nation already on the brink of total collapse.
A must-have for fans of intrigue and tales of survival, this comics series is the perfect introduction to the post-pandemic world of Tom Clancy's The Division 2, the sequel to Ubisoft's record-breaking videogame Tom Clancy's The Division.
In Shops: Jan 09, 2019
SRP: $3.99
View All Items In This Series