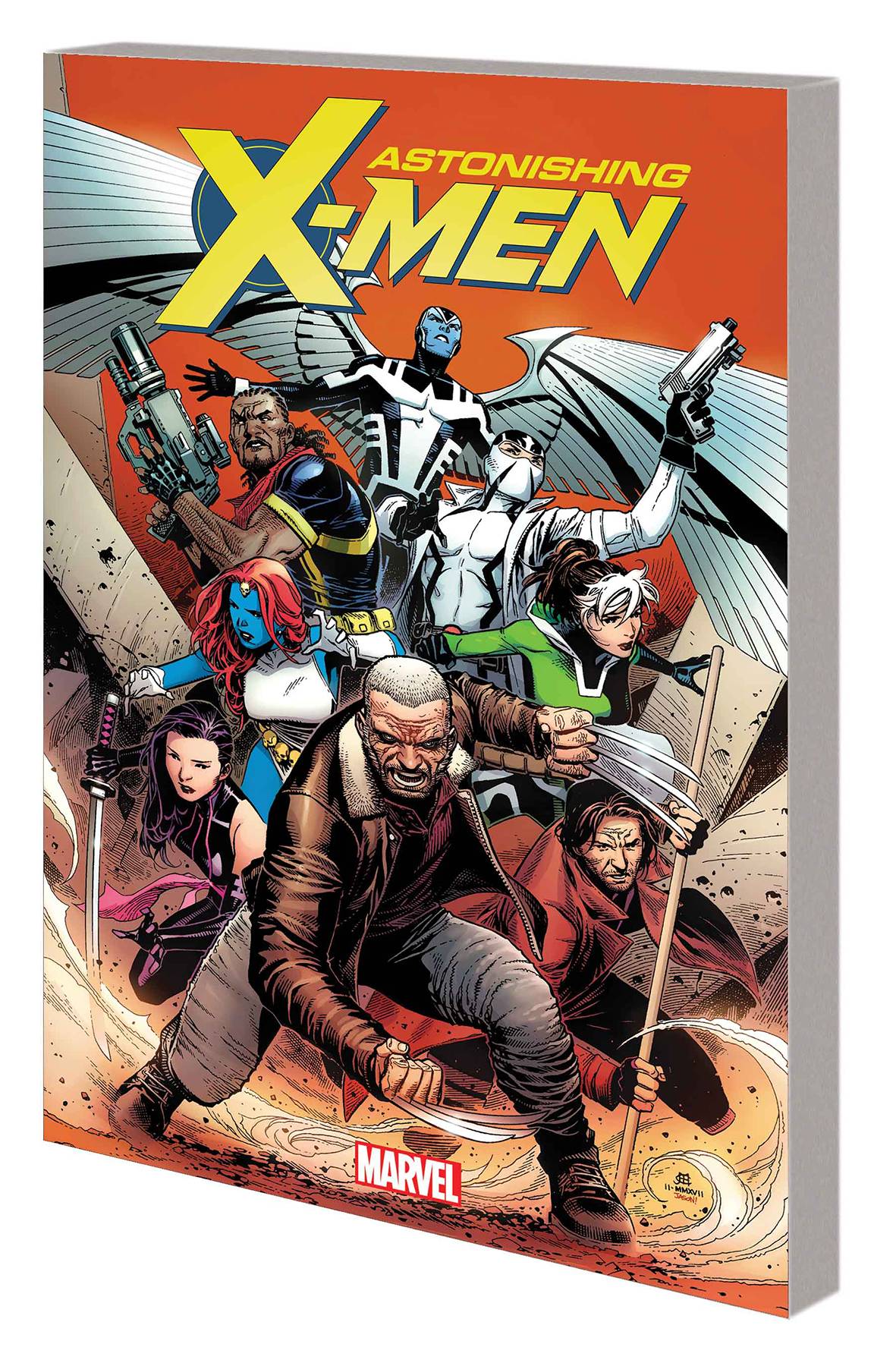 #
NOV171063
(W) Charles Soule (A) Mike Deodato, Ed McGuinness, Carlos Pacheco, Rosa-Nas, Ramon, Mike Del Mundo (A/CA) Jim Cheung
Charles Soule and a stellar roster of superstar artists unite to put the Astonishing back in the X-Men! An ancient evil is attacking the world's most powerful minds. It will have them by the time you finish this sentence - and a moment later, it will have us all. A band of X-Men discovers the truth behind the threat, but is there any time left for Psylocke, Old Man Logan, Bishop, Archangel, Fantomex, Rogue and Gambit?  In an action-packed X-epic, they must head to the astral plane in pursuit of...the Shadow King! But who does he have by his side? When Logan loses himself, the true horrors begin - for London, and for the X-Men! To survive this ordeal, the team will have to face sacrifice, lies...and the darkest of truths! Collecting ASTONISHING X-MEN (2017) #1-6.
Rated T+
In Shops: Feb 14, 2018
SRP: $17.99
View All Items In This Series
ORDER WISH LIST