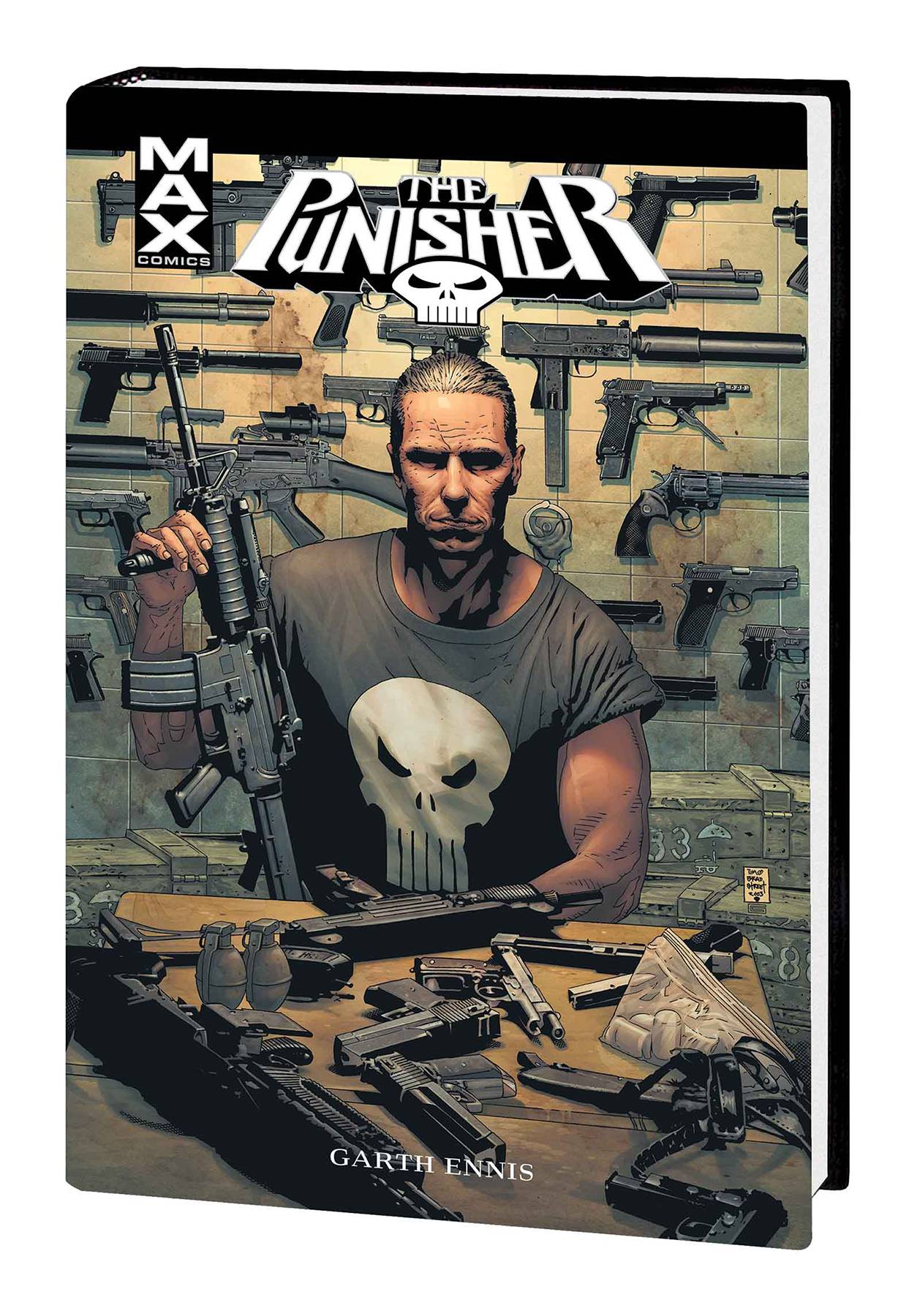 #
NOV171043
(W) Garth Ennis (A) Darick Robertson, Lewis LaRosa, Leandro Fernandez, Doug Braithwaite (CA) Tim Bradstreet
Hard-hitting Punisher tales by one of Frank Castle's signature writers! But do the Punisher's origins trace back even farther than the fateful day in the park when he lost his family? In Vietnam, with his platoon under attack, Captain Castle must make a grim choice. And in the modern day, Punisher's old partner, Microchip, resurfaces with a startling offer! Nick Fury has a proposition, too - a dangerous mission involving a Siberian nuclear missile silo and a lethal retrovirus. But Castle's actions set off a chain reaction that will bring him into conflict with a ruthless Russian general - and take the world to the brink of war. Plus: Mobster Nicky Cavella returns to plague the Punisher, and a wave of violence rocks New York to its core! Collecting BORN #1-4 and PUNISHER (2004) #1-30.
Explicit Content
In Shops: May 02, 2018
SRP: $100.00
View All Items In This Series
ORDER WISH LIST