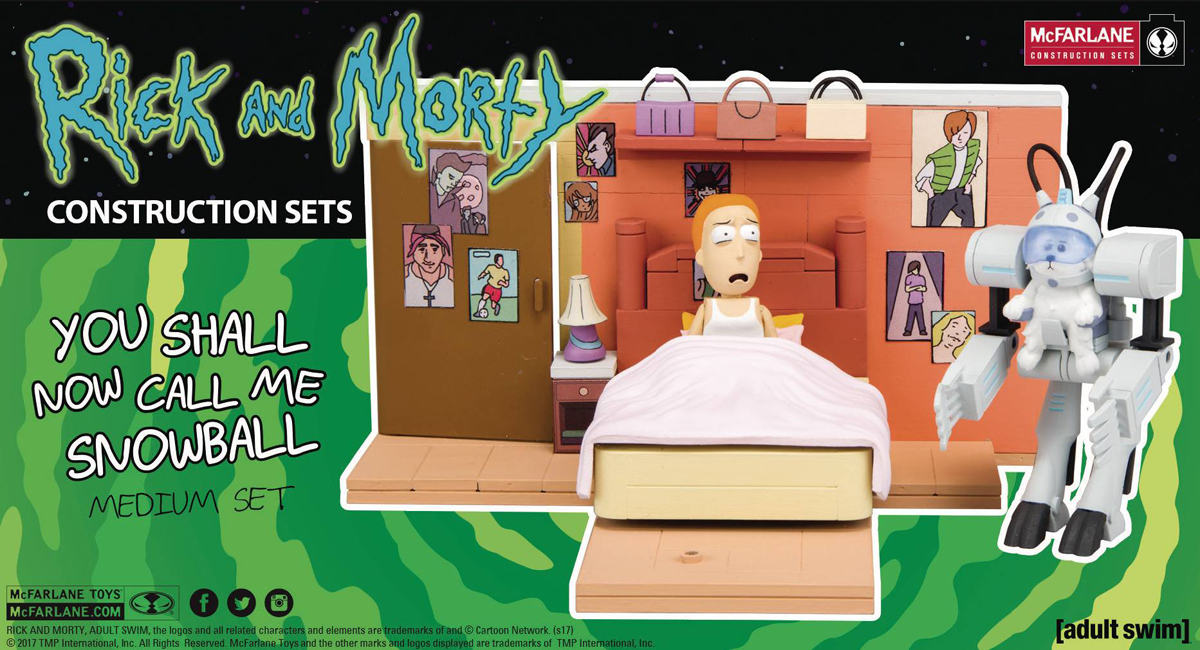 NOV170874
After Jerry complains that the family dog Snuffles is "stupid," Rick creates a device enhancing the dog's intelligence. The device turns Snuffles (who now requests to be called "Snowball") into a super genius dog with the ability to talk. Creating his own robot dog army, Emperor Snowball is poised to rule over humanity, but refuses to do so after realizing his affection for Morty, opting instead to colonize another planet with other intelligent dogs.