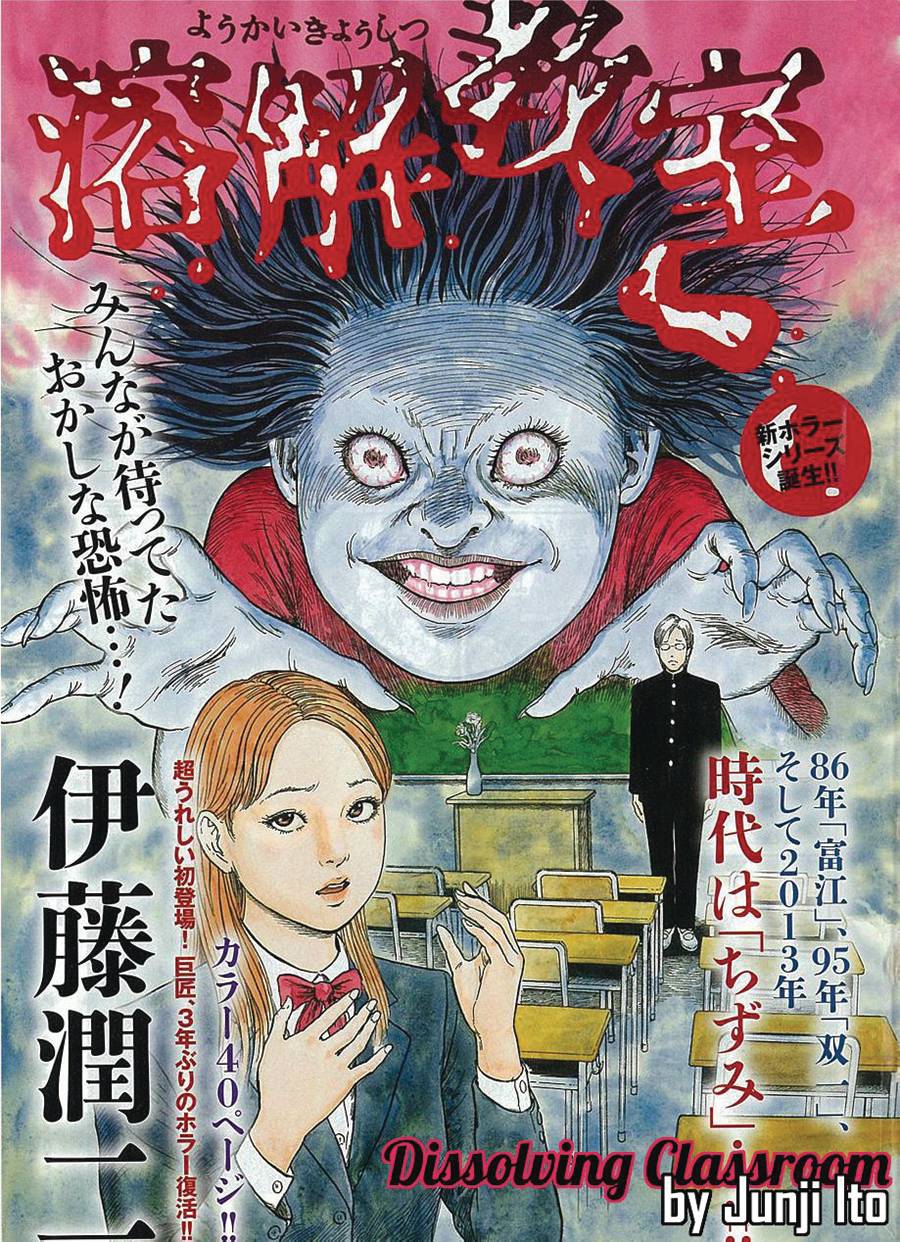 #
NOV161967
(W) Junji Ito (A/CA) Junji Ito
A new collection of horrific tales from the master of Japanese horror manga, Junji Ito. Detailing the depths at which a teen will go to get revenge on the world, Dissolving Classroom is J-Horror at its most beatifully grotesque. Teenager Yuma Azawa transfers to a new high school but something strange seems to have followed him there. Is it a curse? Or is he cursing those who have been putting him down? Dissolving Classroom collects seven new short horror stories from Japan's master of horror comics Junji Ito.
In Shops: Feb 01, 2017
SRP: $12.95