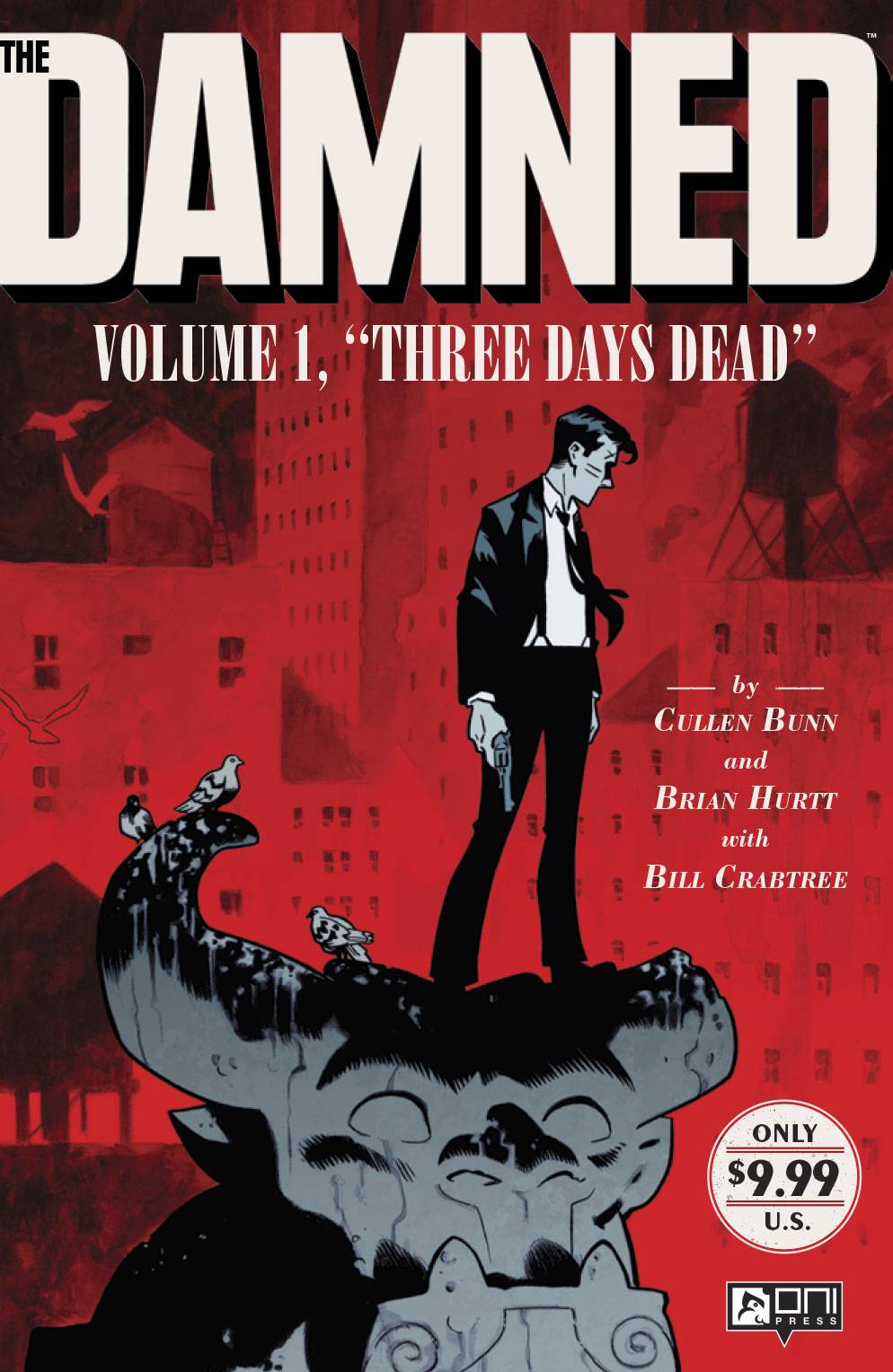 #
NOV161703
(W) Cullen Bunn (A/CA) Brian Hurtt
During prohibition, gangsters grew rich on our vices, and rivalries between criminal organizations resulted in open war. But unknown to the masses, a more sinister power controlled the crime cartels, using greed, gluttony, lust and other sins to fuel a more lucrative trade: mortal souls. Enter Eddie, a mortal who lost his soul long ago. Caught in the middle of competing demonic families, any other human would've gotten the ax long ago. But Eddie's got a special talent that keeps him on his feet. One man's curse is another man's gift. THE DAMNED is hard-boiled noir with demons, and the team behind THE SIXTH GUN is bringing it back with new colors, a new format, and a new ongoing tale of tommy guns and hellfire.
In Shops: Mar 15, 2017
SRP: $9.99
View All Items In This Series