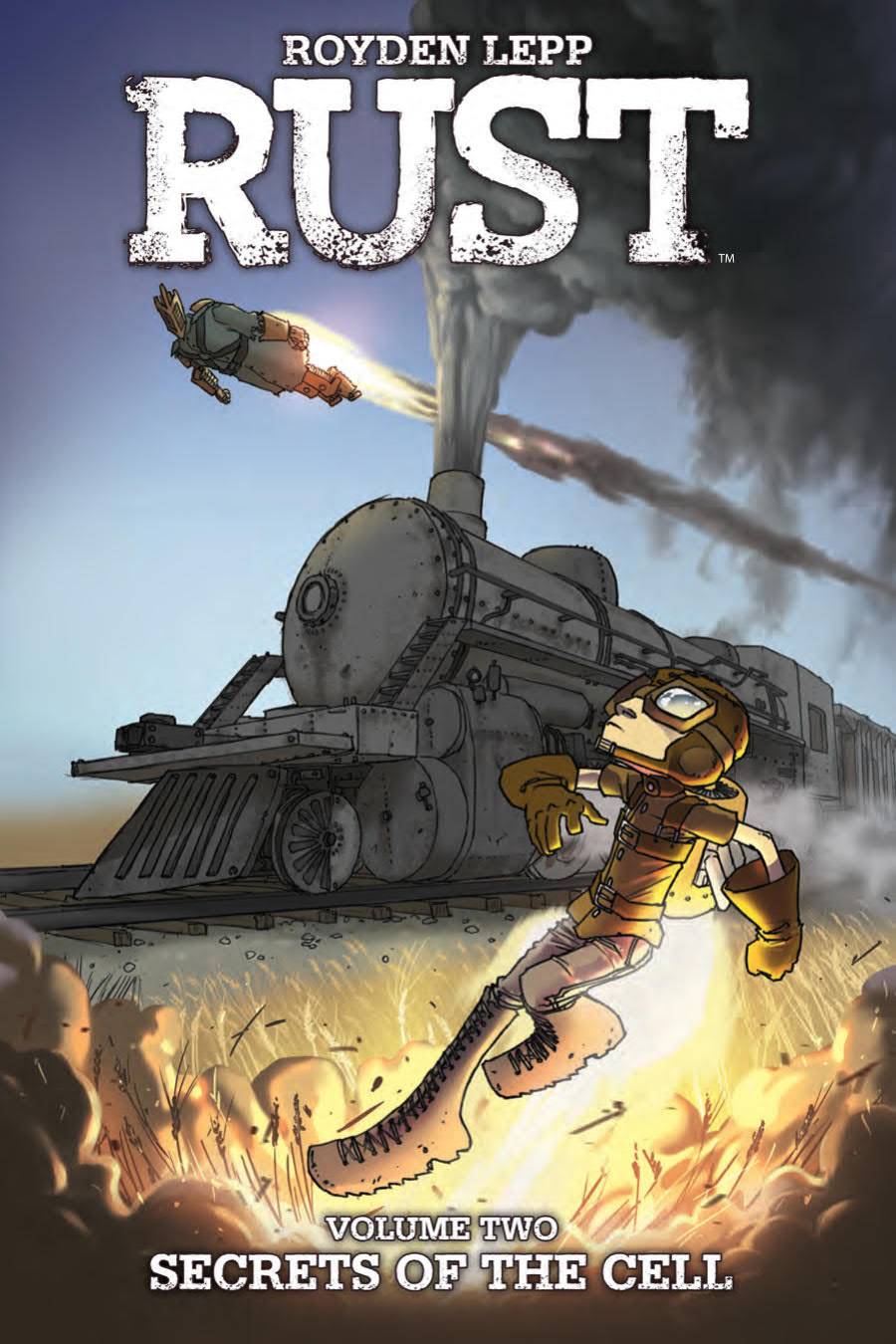 #
NOV161245
(W) Royden Lepp (A/CA) Royden Lepp
After a second robot attack on the Taylor farm leaves the family picking up the pieces once again, Roman's younger brother Oswald becomes increasingly suspicious of Jet Jones's connection with the flesh-and-blood family that has harbored him. A new evil looms on the horizon and the Taylors will need Jet's help to stop it if they are to keep the farm, and the family, safe. Royden Lepp's Rust: Secrets of the Cell continues Jet Jones's critically acclaimed adventure as the rocket boy fights to earn the trust of those he cares about most while protecting them from unexpected new threats. Available for the first time in softcover.
In Shops: Mar 22, 2017
SRP: $14.99
View All Items In This Series