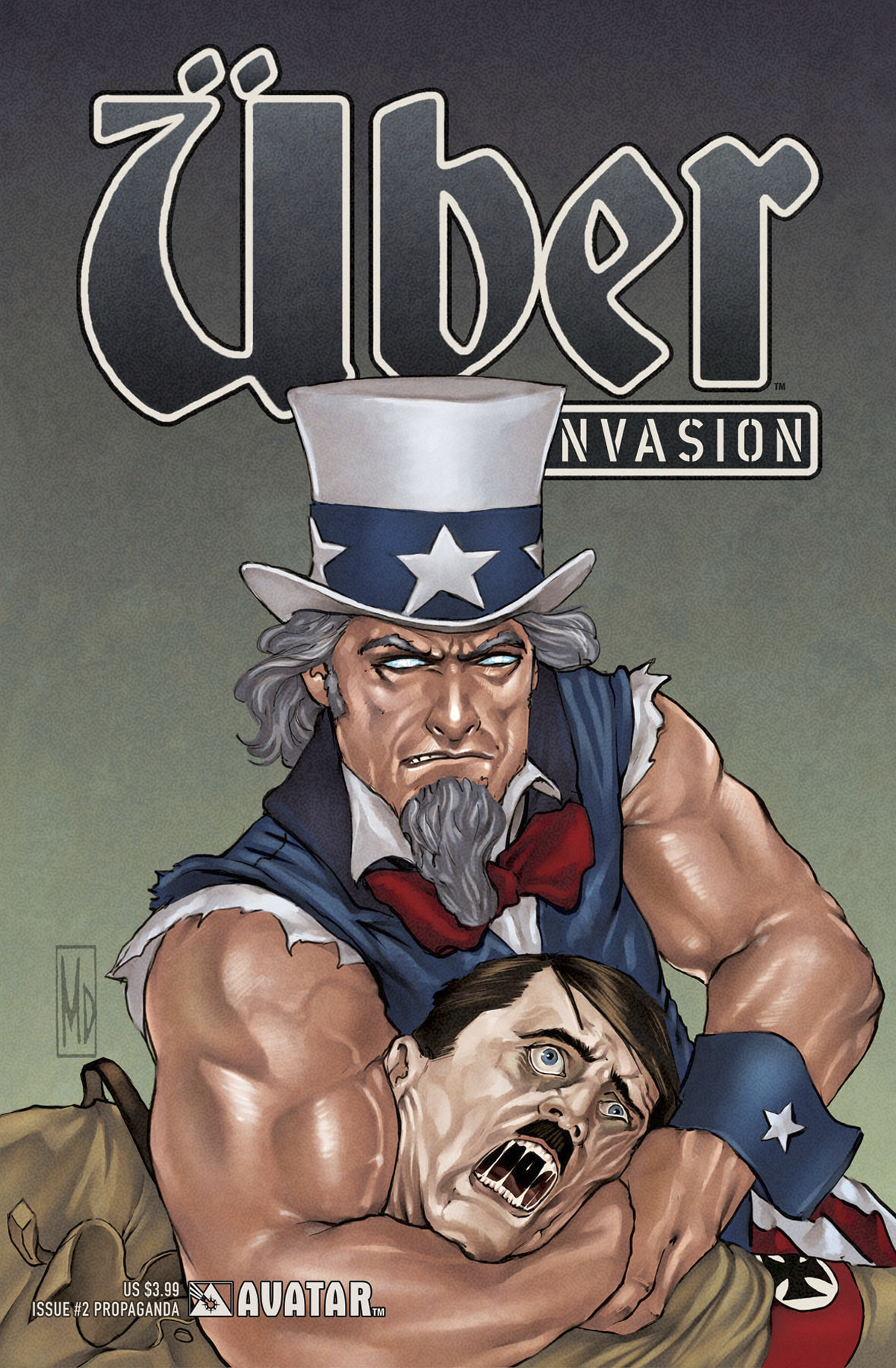 NOV161188
(W) Kieron Gillen (A) Daniel Gete (CA) Michael DiPascale
Kieron Gillen's Uber: Invasion is here!  America's formerly unassailable shores are burning, the White House is a scorch mark, and the Nazi war machine is rolling over the world.  The horror of global war is intensified a thousand times over as living weapons with more power than atomic bombs level everything in sight.  World War II is dangerously close to wiping out the human race and the Allies have all but been broken.  Is there a way to turn back the tide against a German onslaught that seems to be a step ahead of everyone in the creation of Ubers and their deployment?  Available with Regular, Wraparound, War Crimes, and Blitzkrieg covers by series artist Daniel Gete, a painted Propaganda Poster cover, and a limited VIP Premium cover by Gabriel Andrade that is limited to 500 copies!
In Shops: Jan 25, 2017
SRP: $3.99
View All Items In This Series
ORDER WISH LIST