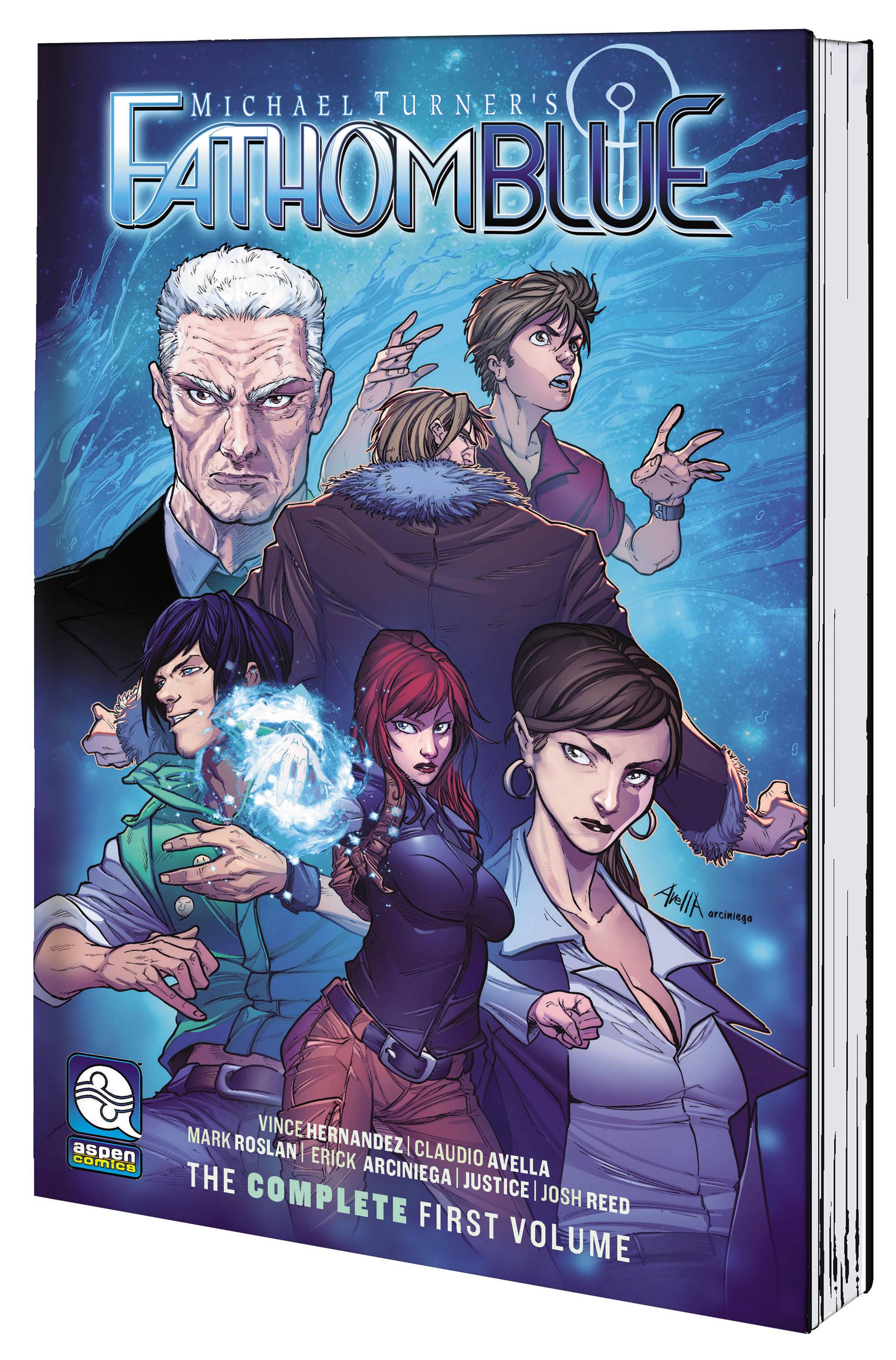 #
NOV161180
(W) Vince Hernandez (A) Claudio Avella
An unlikely team of BLUE rise! They have all come from beneath the surface, each for a different purpose. United in their exile from their homelands below, looking to blend in out of sight amongst humans, unaware of their true potential. However, one man, Admiral Maylander, who has spent the better part of his life hunting The Blue, is keenly aware of their presence--and he will stop at nothing to use these Blue as weapons against their own, even if it means killing them in the process!
The first all new Fathom series to make its debut since Michael Turner introduced you to his incredible underwater adventure over 18 years ago! Collecting together the entire first Fathom Blue series along with a complete cover gallery, this beautiful trade paperback is a must have for any Aspen or Fathom fan!
In Shops: Jan 11, 2017
SRP: $16.99
View All Items In This Series
ORDER WISH LIST