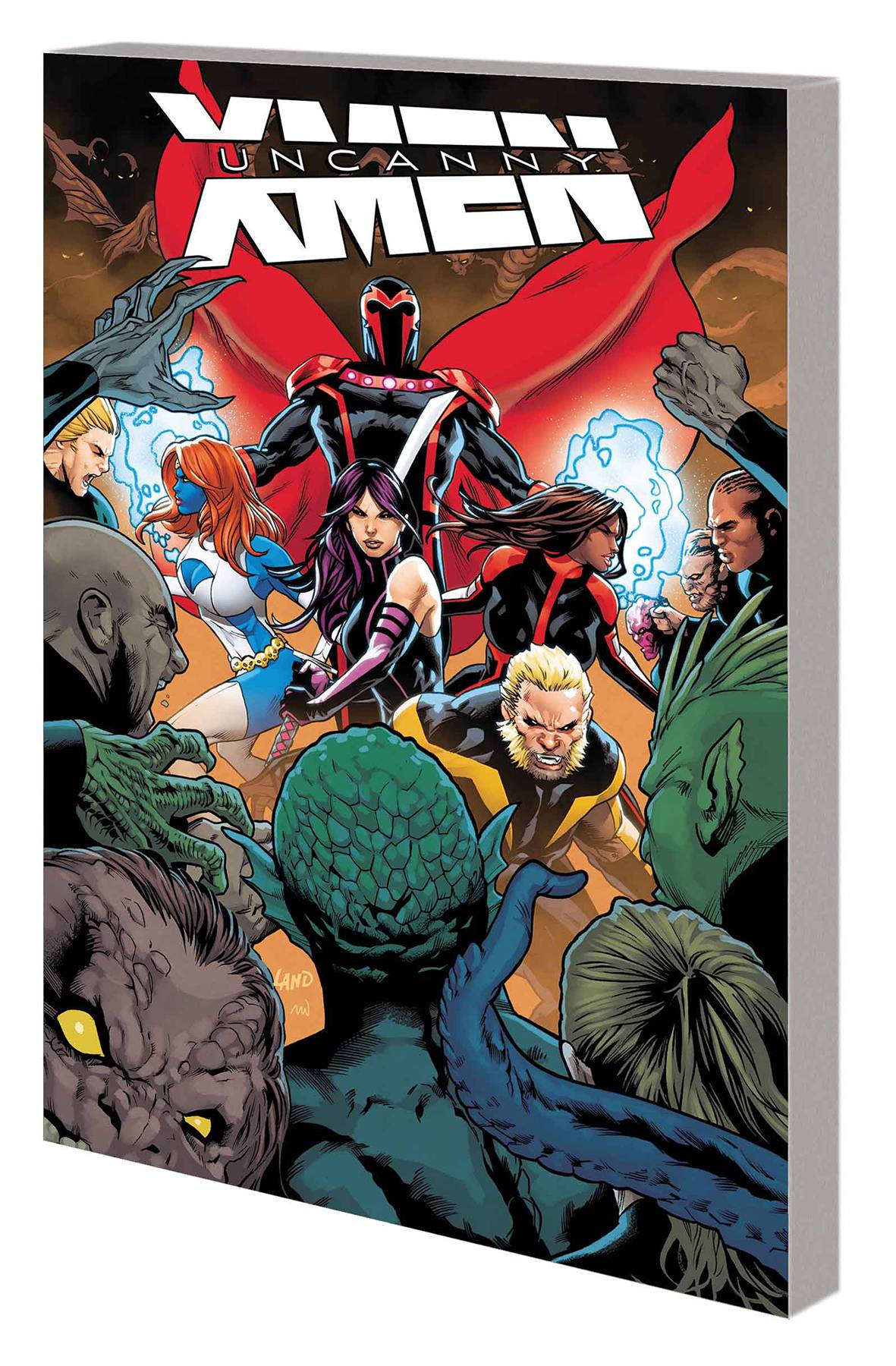 #
NOV160965
(W) Various (A) Various (CA) Humberto Ramos
Someone is weaponizing mutants and turning them loose on the enemies of Homo superior! How will the Uncanny X-Men react? And what will Magneto's uneasy allies do when they discover that the Master of Magnetism hasn't been altogether forthcoming about the means he's been employing to protect his race? To find out what exactly he's been up to, the X-Men investigate - and the trail starts at the all-new, all-different Hellfire Club! But to stop a string of violent attacks, they may be forced to ally themselves with their (former?) foes! Meanwhile, Psylocke and Magneto increasingly don't see eye to eye. He's willing to do anything it takes to ensure the future of mutantkind. She believes there are some lines that shouldn't be crossed. Will there come a time when Psylocke is an acceptable sacrifice for Magneto to make? Collecting UNCANNY X-MEN (2016) #11-15.
Rated T+
In Shops: Jan 25, 2017
SRP: $15.99
View All Items In This Series